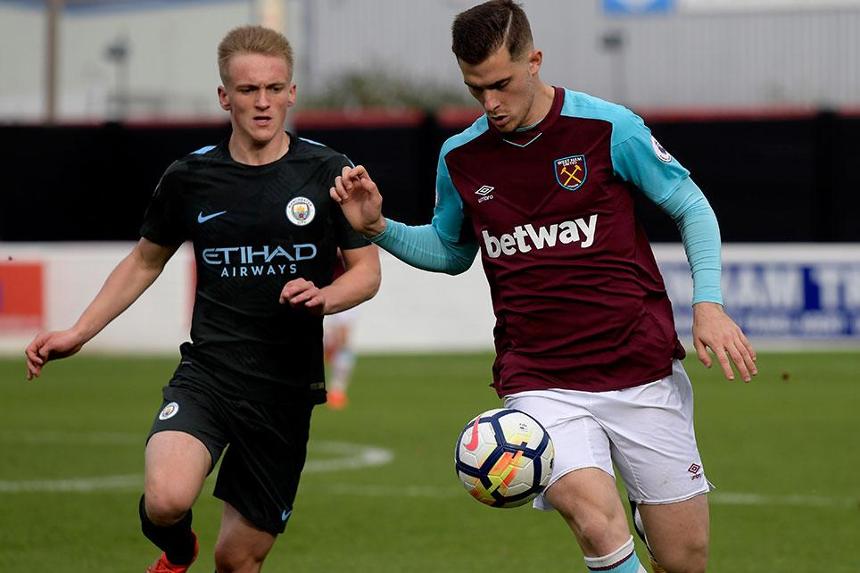 Antonio Martinez scored a briliant individual goal to give West Ham United a 2-1 victory over Manchester City at Victoria Road.

Taylor Richards had opened the scoring for the visitors on 19 minutes, but the Hammers were level on the half-hour mark thanks to Nathan Holland.

There was plenty of chances for both sides, with West Ham looking most likely to snatch a winner through Martinez (pictured).

Then, with seven minutes remaining, the 20-year-old striker produced the decisive goal with a low drive into the bottom corner.

The win takes the Hammers up to third place in Division 1, while Man City drop to seventh.