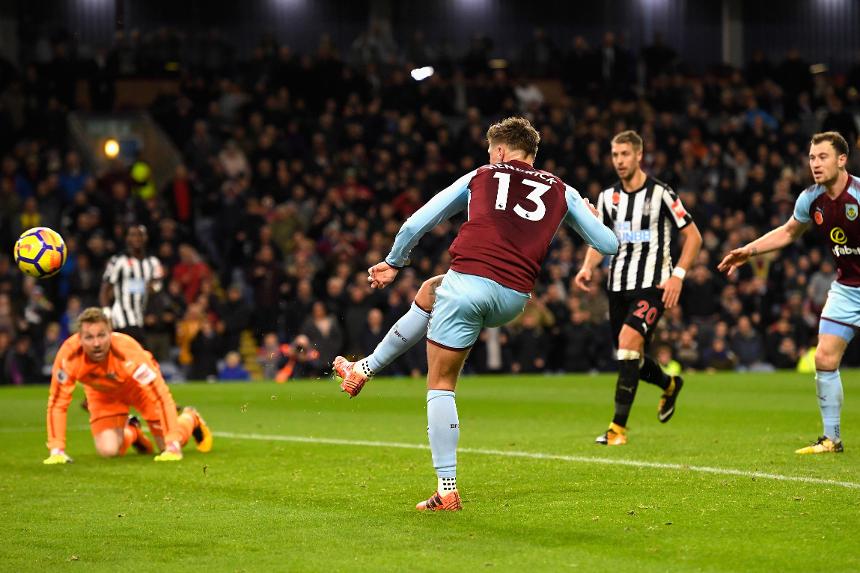 Burnley moved up to seventh in the Premier League table after Jeff Hendrick's late goal gave the Clarets a 1-0 victory over Newcastle United.

The match looked to be heading for a draw after James Tarkowski's header could only be directed at Newcastle's Rob Elliot while at the other end, Nick Pope produced a fine save to deny Ayoze Perez.

But the deadlock was broken on 74 minutes when Hendrick fired into the roof of the net after being found unmarked at the back post by Johann Berg Gudmundsson's cross.

Ashley Barnes was close to adding a second in the closing stages but his shot was well saved by Elliot.

The Clarets are now level on points with sixth-placed Liverpool while Newcastle are two points worse off in ninth.