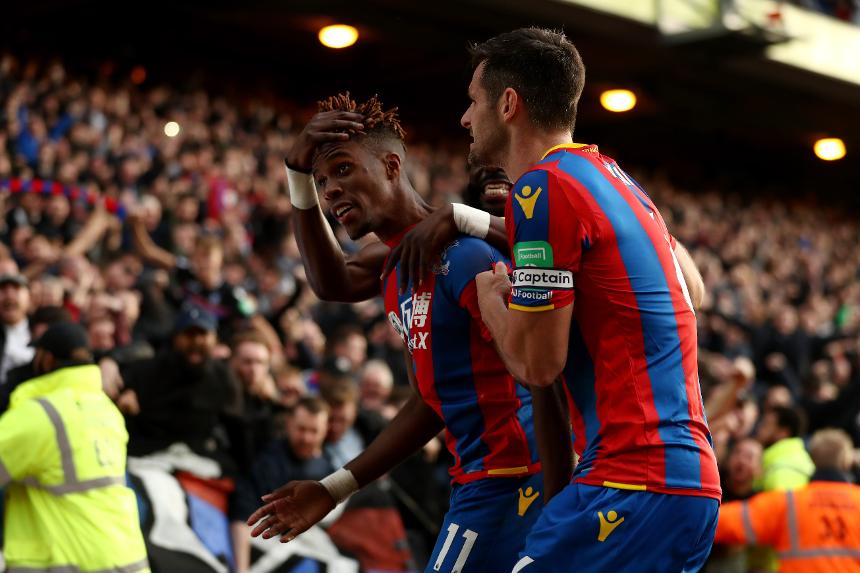 Wilfried Zaha scored in the seventh minute of stoppage time to rescue a vital point for Crystal Palace against West Ham United.

With West Ham set to record a first away win of the season, Michail Antonio, rather than keeping the ball in the corner, hit in a weak cross.

It was gathered by Palace keeper Julian Speroni who found Ruben Loftus-Cheek and his pass set up Zaha for his equaliser.

Palace were handed a lifeline when Angelo Ogbonna fouled Andros Townsend inside the area and Luka Milivojevic converted the penalty.

The home side chased an equaliser but Hammers goalkeeper Joe Hart denied Jeffrey Schlupp and Yohan Cabaye and then the woodwork thwarted first Cabaye and then substitute Bakary Sako from four yards before Zaha struck.