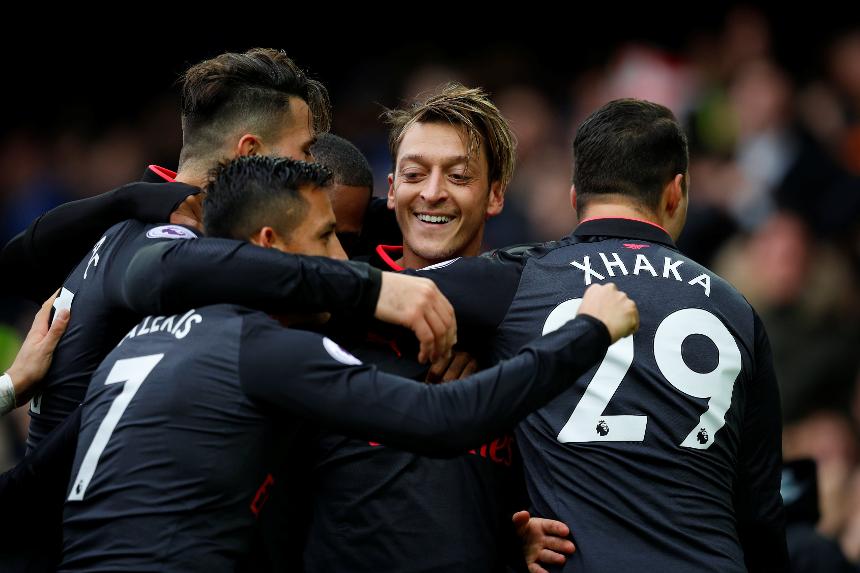 Mesut Ozil, Alexandre Lacazette and Alexis Sanchez among scorers as Gunners get first PL away win in 2017/18

‘Alexis was on fire… Ozil was superb’ External Link

Everton took the lead on 12 minutes when Wayne Rooney curled past Petr Cech from outside the penalty area.

But Nacho Monreal levelled before half-time after Jordan Pickford parried Granit Xhaka's strike into his path.

Alexis Sanchez picked out Mesut Ozil to head Arsenal into a 53rd-minute lead, and then Everton's Idrissa Gueye was sent off for a second bookable offence.

Ozil teed up Alexandre Lacazette for Arsenal's third before Aaron Ramsey made it 4-1 on 90 minutes.

Arsenal move to fifth with their first away win of 2017/18. Everton have slipped into the bottom three.