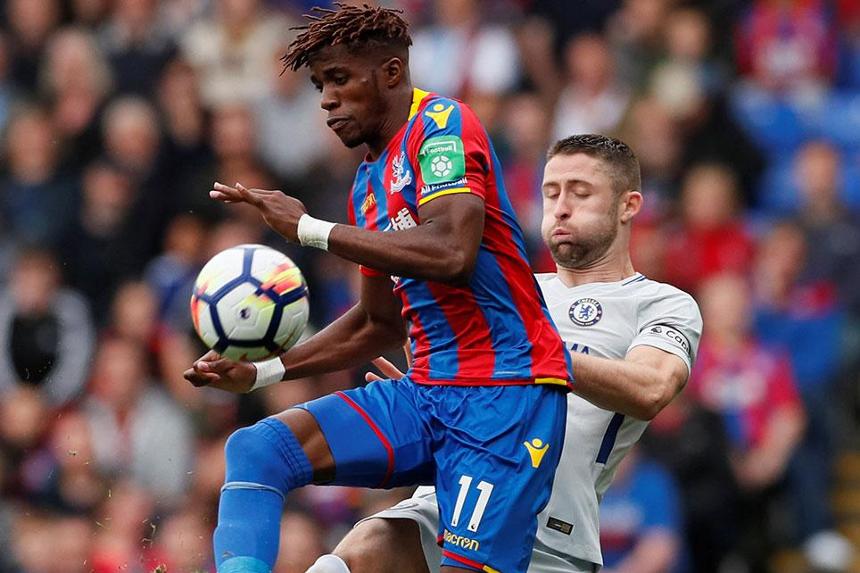 Honours were even in our Fantasy Premier League Draft league of Fantasy Football experts in Gameweek 8.

The UK and US pundits claimed one victory apiece in the two transatlantic head-to-heads.

But in a shock result, the league leader Andy's Allstars was held to a dramatic draw by last week's featured team, Jonty's XI.

This week Andy's line-up faces another of the UK contingent.

We caught up with Mark Sutherns ahead of his collision with the pacesetter, for insight on his latest draft strategies.

Four wins, four defeats; my season has been a proverbial rollercoaster.

I need to find a fifth victory if I'm to halt Andy's Allstars ascent and close the gap.

Sadly, our clash is badly timed. Alvaro Mortata is back from injury to reinforce his XI.

Meanwhile, I go into the Gameweek with two Tottenham Hotspur defenders up against the Liverpool attack.

But there are positives.

Wilfried Zaha is back and scoring points, justifying my Gameweek 4 swoop for the free agent.

This is the second time I've picked up some prime midfield talent.

Richarlison came in from Gameweek 3 via a waiver and is set to be locked in my squad.

Zaha can go the same way.

He was abandoned by Jeremy Spitzberg's "Get on the Snake" line-up following his Gameweek 1 injury.

As soon as I heard of the winger's imminent recovery, I made my move.

This is a worthy tactic. Players released into the free-agent pool clearly have appeal; that's how they justified their initial draft.

So monitor the moves of other managers in your league and track progress with injuries. Making an early move for an injured player close to a return can really pay off in Gameweeks to come.

I can only hope Zaha does enough in Gameweek 9 to help mastermind my unlikely victory.