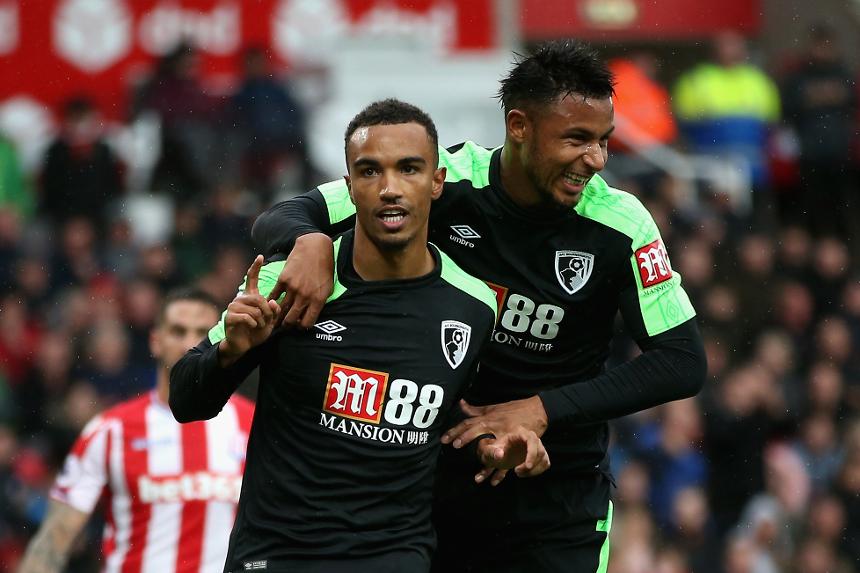 AFC Bournemouth ended a run of four away defeats in a row to beat Stoke City 2-1 thanks to a quickfire first-half double.

Andrew Surman opened the scoring in the 16th minute with a low finish.

Two minutes later Junior Stanislas doubled the lead with a penalty after Ryan Shawcross, in his first match since August, fouled Benik Afobe.

Diouf's close-range finish just after the hour halved the deficit for Stoke, who pushed hard for a leveller, but AFC Bournemouth held on.

Despite the win AFC Bournemouth remain 19th, while Stoke dropped into the relegation zone, one point above them.