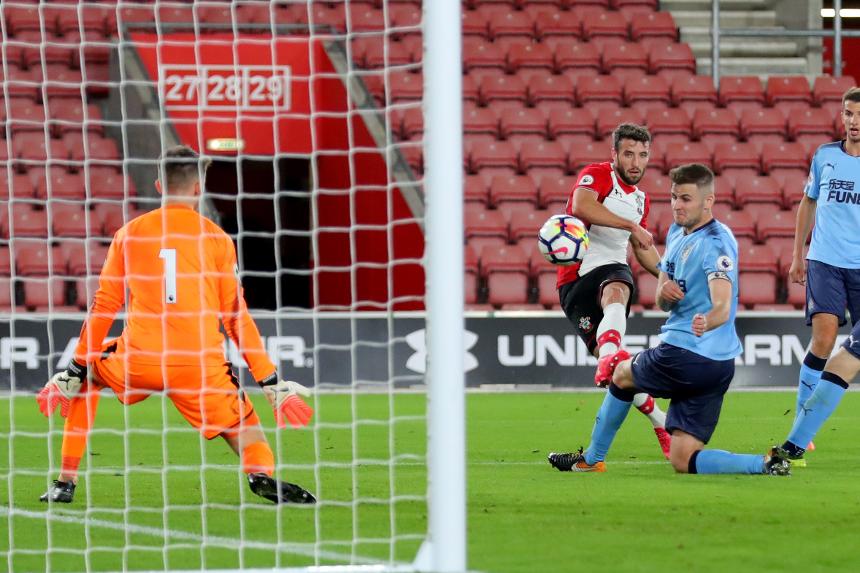 Southampton scored three goals in the first half and three more in the last few minutes as they overwhelmed Newcastle United 6-2 in Premier League 2 Division 2 at St Mary's Stadium.

Goals from Marcus Barnes, Jonathan Afolabi and Sam McQueen put the Saints in command at the break.

Newcastle cut the deficit to 3-2 thanks to Tom Heardman's header and Jamie Sterry but Southampton made the match safe through McQueen again, substitute Tyreke Johnson and a James Ward-Prowse free-kick.