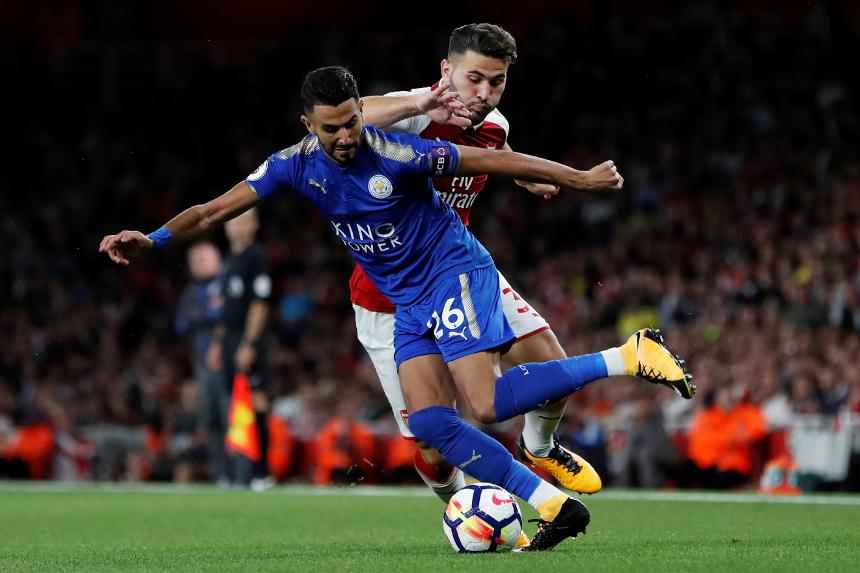 Jamie Vardy is often the match-winner for Leicester City, but Curtis Davies says it is one of two other players who hold the key to victory against West Bromwich Albion.

Vardy has fully recovered from a hip injury and has scored in three of his last five Premier League appearances against the Baggies.

He also has five goals already this season but Davies, now of Derby County, says Monday night’s match will be won or lost on the wings - by Riyad Mahrez or Demarai Gray.

“Usually you don’t look past Vardy,” says Davies, who has played for both clubs. “But I think in this game, with the way West Brom defend, it’ll be hard for him to find those spaces in behind.

“So it’s likely to be Gray or Mahrez, who can break the lines and do a little trick that creates something to get through West Brom’s defence.

"It’s not going to be easy for Vardy to get in behind like he normally does, so it’s going to take a moment of magic to unlock them.”

Davies believes Vardy can still have a big impact on the match, as his threat of running in behind could free up space for Leicester’s midfielders to exploit.

But having played with and against current members of the West Brom squad, he says Pulis will be working hard on the training ground to get his team to flip Leicester’s game plan on themselves.

“To deal with Vardy they’ll probably sit a little deeper, but although there would be more space in front of them, they have compact lines and they’re well-drilled.

“From what I’ve been told they work on team shape every day in training. So if they are able to defend well and Leicester get drawn into being too expansive then with the pace of Matt Phillips, Salomon Rondon and Jay Rodriguez on the break, West Brom could flip Leicester’s game on themselves and be the counter-attacking team.”