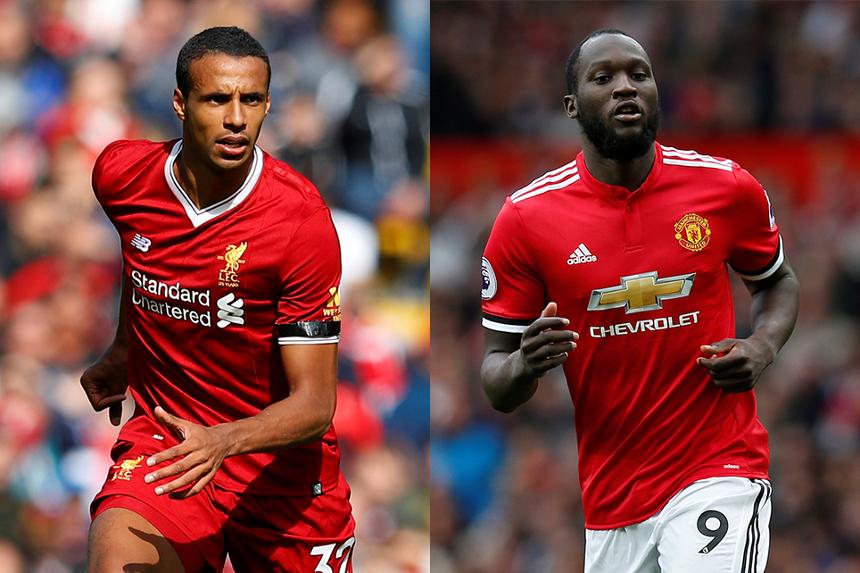 Can Romelu Lukaku get the better of Joel Matip when Manchester United visit Liverpool on Saturday?

It is a key duel that the Premier League's leading scorer has previously struggled to win, writes Sky Sports' Matt Cheetham.

Matip is particularly skilled in one-on-one situations, an essential trait for any defender playing under Jurgen Klopp. He was dribbled past only six times last season, compared with Dejan Lovren (18), Nathaniel Clyne (23) and James Milner (49).

Another strong part of Matip's game is his ability to premeditate attacking movement, highlighted by his high interception count - Nacho Monreal is the only Premier League defender with more than his 19 this season.

Liverpool will need the 26-year-old defender to be at his best to contain Lukaku.

The Belgium international has been in rampant form since moving to Old Trafford. He's the PL's top scorer with seven goals and no player has scored more in their first seven matches for Man Utd in the competition's history.

Lukaku's attacking stats rank among the best. Only Harry Kane has had more shots on target, while Kane and Sergio Aguero are the only strikers with more touches in the opposition's box.

It's also interesting to note that Lukaku's chance-conversion rate is almost identical to his final season at Everton.

The striker still needs around four-and-a-half shots to score but his numbers have improved in other areas.

Perhaps the only remaining narrative for Lukaku to quash relates to his impact on "bigger" matches; a concern further emphasised by past performances against Liverpool.

In his last appearance, his only previous one against Matip, he failed to record a single shot in 90 minutes. It's something he's done only five times in his last 86 Premier League appearances, twice against Liverpool.

In fact, despite averaging an attempt every 27 minutes over the past three seasons, Lukaku is on a remarkable run of no shots in his last 204 minutes played at Anfield. Going back further, he has only managed to test the opposing goalkeeper with a shot on target in two of his last seven appearances against the Reds.

This may encourage Matip ahead of Saturday but Lukaku's new surroundings make him far more of a factor in the final third than he has previously been at Anfield.