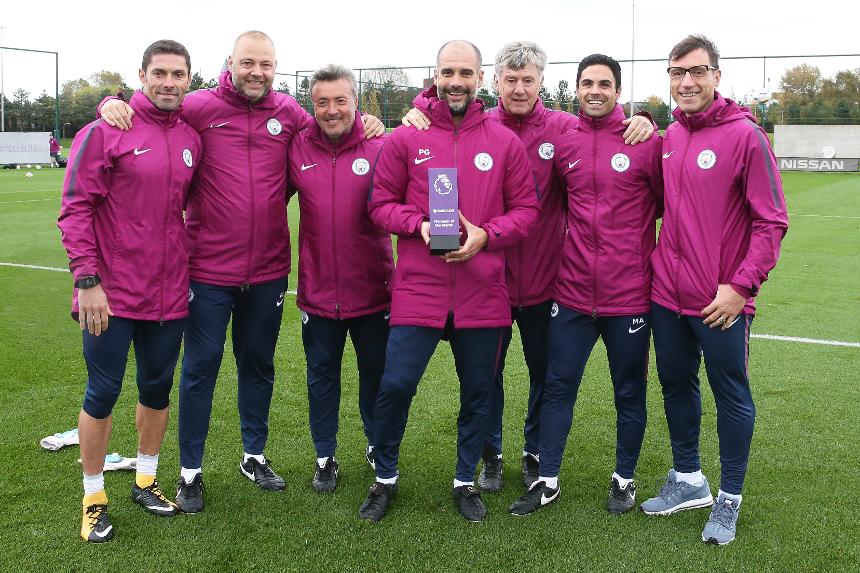 Spaniard beats Mourinho, Pochettino and Wenger to award after a perfect September with Manchester City

Pep Guardiola has won the Barclays Manager of the Month award after a perfect record with Manchester City in September.

It extended City's winning run to five top-flight matches as they ended the month as Premier League leaders on goal difference.

The Spaniard was selected by a combination of votes from a panel of experts and the public.

He beat fellow nominees Jose Mourinho, Mauricio Pochettino and Arsene Wenger, earning the award for the second time since moving to the Premier League last season.

See: Past Barclays Manager of the Month winners