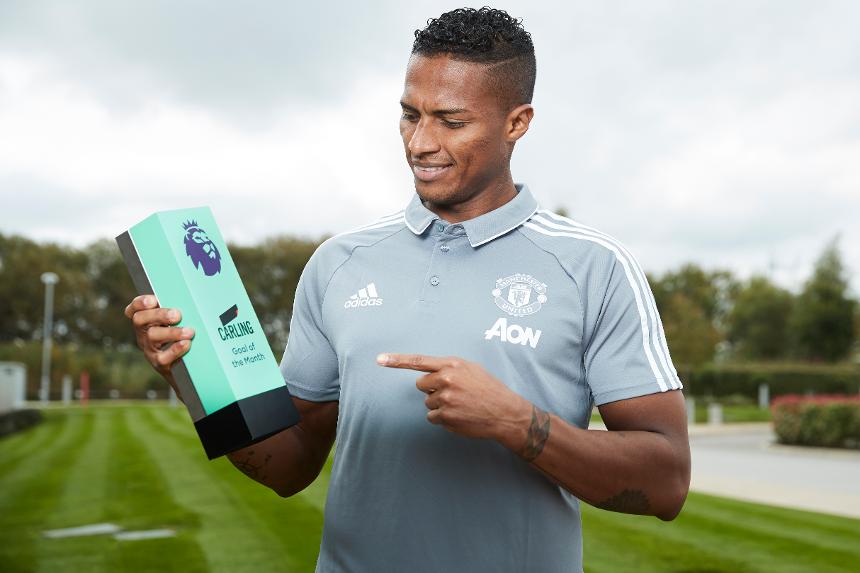 Antonio Valencia has won September's Carling Goal of the Month for his thumping strike against Everton at Old Trafford.

"I am delighted to receive this award for Carling Goal of the Month and I'd like to thank everyone who voted for me," Valencia said.

"It's a goal that I am proud of, I just hit it into the back of the net and then heard the crowd erupt at Old Trafford.

"It was a great feeling and it gave us the start we needed against Everton; we came away with three points which ended the day perfectly."

The Ecuadorean won from an eight-goal shortlist thanks to the combined votes of a panel of experts and the public, who picked their favourite via the Carling Tap and Carling website.