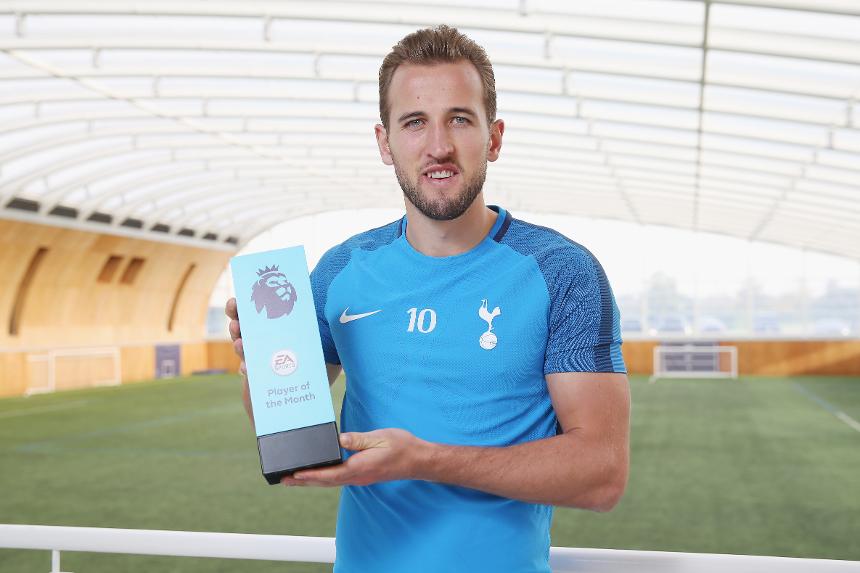 Harry Kane's September goal blitz has earned him the EA SPORTS Player of the Month award.

Only Steven Gerrard, with six, has won the accolade on more occasions.