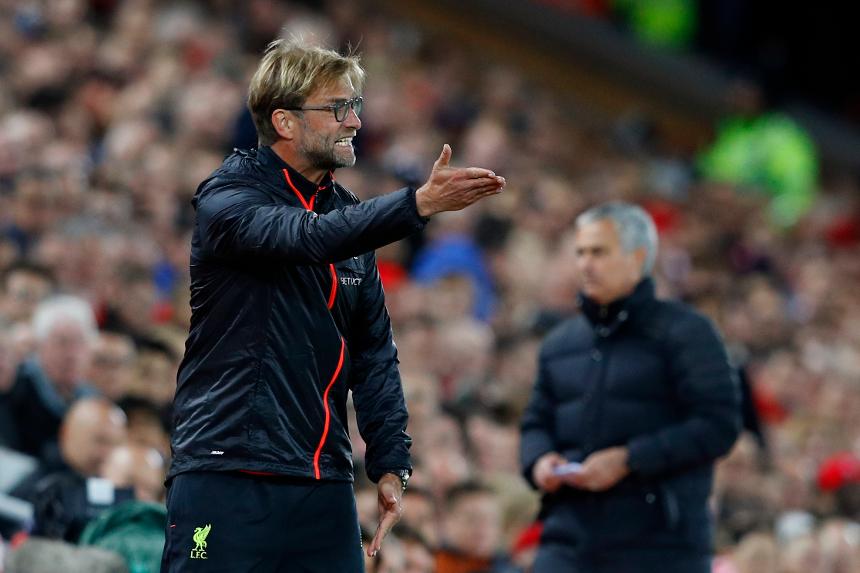 Much focus will be on individual players when Liverpool host Manchester United at 12:30 BST on Saturday.

But Danny Murphy believes the match at Anfield will be won not on the pitch but on the touchline, by the tactics adopted by managers Jurgen Klopp and Jose Mourinho.

But even here, the former Liverpool midfielder, who scored winning goals for the Merseyside club at Old Trafford on three occasions in the PL, is unsure as to what approach the pair will take.

Mourinho has developed a reputation for nullifying his opponents and Murphy says United's game plan on Merseyside could be based on shutting down Liverpool's creativity.

"The tactical aspect of the game is more important than any individual battle," Murphy, who made 417 PL appearances, says.

"United aren't going to want to leave Mohamed Salah one on one.

"Because they've got so much pace now, and Philippe Coutinho with his creativity, United are probably going to defend in numbers.

"Coutinho's the one to make them tick. If you keep him quiet you could be in with a chance. But when you've got players like Salah, teams automatically drop. Because if you leave them space to run into they'll kill you. So your game plan has to change.

"Of course when you defend in numbers that means you give up possession."

But Murphy is wary of predicting that this could be the United manager's main tactic.

"You never know with Mourinho, he can change his ways. He has been known to be pragmatic and put everyone behind the ball and nick a 1-0 win. But he's done the opposite at times.

"When he went to Chelsea [last season] and went man to man [marking], it was brilliant."

Murphy says the patient approach and counter-attacking prowess shown in Liverpool's 4-0 home win against Arsenal earlier this season could be fruitful again if Klopp wishes to adopt the more measured game plan, rather than the high press associated with his "heavy metal" football.

"When Liverpool beat Arsenal so convincingly at Anfield, Liverpool kept dropping off," says Murphy. "There was no high press. They let Arsenal have it.

"And then when it got to a certain point they pressed and kept hitting them on the break and killing them because Arsenal were high up the pitch. Liverpool were tactically brilliant that day."