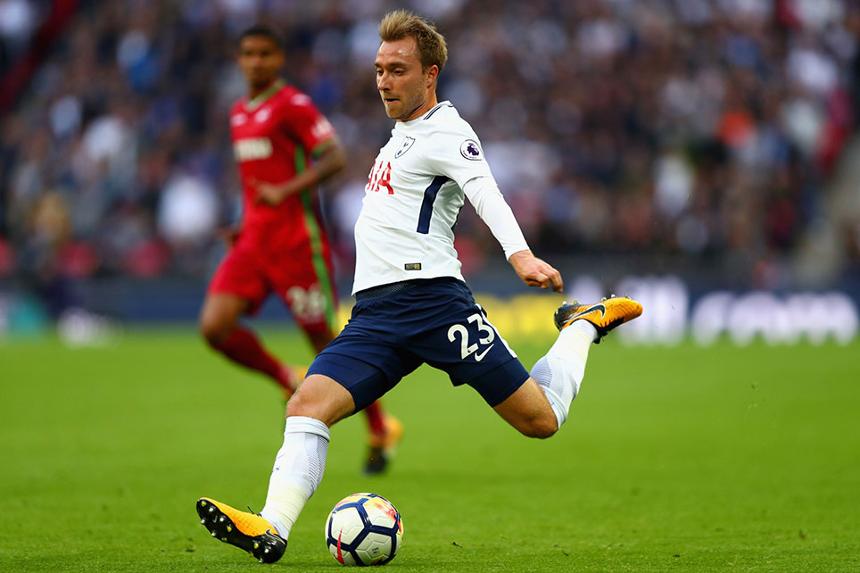 Duncan Alexander, of Opta, explains the latest tool to help us understand who are the Premier League's real danger men

When managers prepare their teams in the Premier League, many will look to negate the player who conducts most of the opposition's attacks.

One way to understand which players are making the key contributions to a team’s output is through sequencing, the latest analytical model from Opta.

Sequencing, which is ended by defensive actions, stoppages in play, or a shot, can also shine a light on the different styles of play teams are adopting in their search for success.

It also allows us to identify for the first time players who are consistently involved in progressive play, whether or not they end up with a goal or an assist.

On this basis, the table below shows the players in the Premier League this season who have been involved in the most sequences to have ended in a shot. Not surprisingly, given the nature of football, the vast majority of them are creative midfielders or strikers, but there are a few surprising names in the list.

Most involvement in sequences ending in a shot

The vivid attacking strength Manchester City have shown so far this campaign is represented here with David Silva, Kevin De Bruyne and Sergio Aguero all in the top six (Aguero is narrowly higher than Harry Kane despite playing a match fewer).

Despite all the recent attacking signings at the Etihad Stadium, Silva, a man in his eighth season at the club, remains the orchestral heart of the team, while he is closely followed by Tottenham Hotspur’s Christian Eriksen, who remains curiously underrated in some quarters.

Perhaps the most surprising entries in the list are the Southampton pair of Oriol Romeu and Nathan Redmond, in third and fifth respectively.

Southampton have been troubled by poor finishing for some time, hitting 106 shots this season, 20 more than Chelsea, but having scored only five times.

Clubs use sequencing data to identify and nullify the key passing channels of their opponents but variations in finishing naturally make a massive difference, too. (Note too that Watford, Southampton and Crystal Palace have similar expected goals (xG) figures of 8.9, 8.6 and 8.1, yet have scored 11, five and zero goals respectively).

Man City’s relentless verve is illustrated even more clearly in the list of players who have been involved in the most sequences that have led to goals.

Their top three are Aguero, De Bruyne and Kyle Walker, with Silva level with three others on eight, while Fernandinho and Nicolas Otamendi are just behind on seven.

Anyone who has observed Man City this season will know their play has been complex and layered; now we can see the underlying numbers that reflect this.

It’s all very well being able to identify the opposition’s key men but when virtually the entire team constitute a threat there’s usually only one outcome (as Man City’s current goal difference of +20 suggests).

Most involvement in sequences ending in a goal

Sequence data also enables analysis of a team’s style of play using two variables: the average speed of each sequence’s progression upfield (in layman’s terms, how quickly does a team attack?), and the average number of passes in a sequence (how intricate is a team?).

Of those four, only Arsenal are in the top 10 for speed of progression, making Arsene Wenger’s team the fastest and most intricate side in the League.

Compare that with Liverpool, who have the fifth-fastest sequence direct speed, yet are the only team in that top five to average more than three passes per sequence.

Jurgen Klopp’s “heavy metal” football, reliant on winning back possession as high up the pitch as possible and countering the opposition before they have recovered, is clearly visible in these numbers.

Chelsea, on the other hand, average a similar number of passes per sequence as Liverpool, but their progression speed is notably slower.

Fans of traditional English fare, though, should head to Craig Shakespeare’s charges as Leicester City have the second-fastest sequence speed and the second-lowest average number of passes in a sequence.

This blueprint was the formula that led the Foxes to the Premier League title less than 18 months ago, and it seems clear that Shakespeare is sticking to his script, one also followed quite closely by the likes of Rafa Benitez, Sean Dyche and Mark Hughes this season.