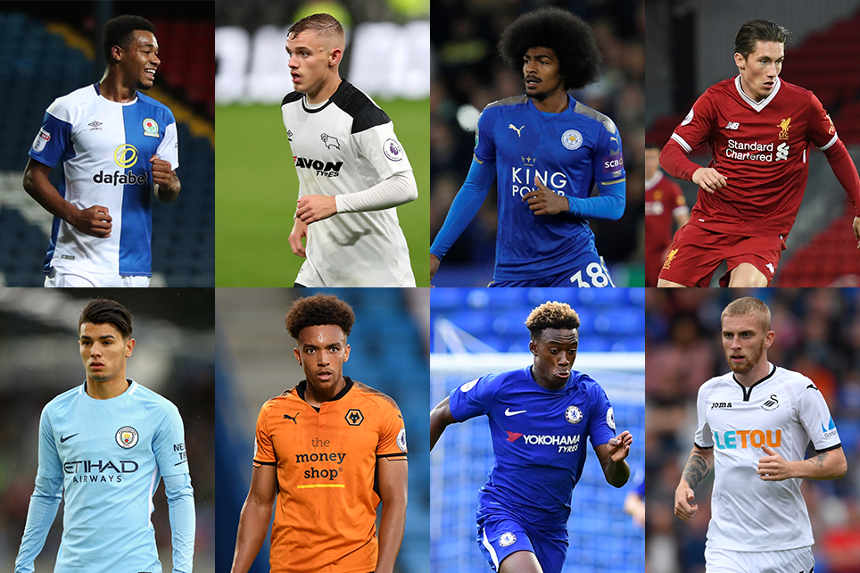 See the eight players who stood out with their performances in September, including 16-year-old Chelsea starlet

Sixteen-year-old Callum Hudson-Odoi is among eight players to earn a nomination for September's Premier League 2 Player of the Month award.

The list was selected by a panel of the Premier League Football Development Department after PL2 club managers had nominated the best individual performance from each of their opponents during the month.

The panel will also choose the winner next week from the eight contenders below.

The Leicester captain enjoyed a memorable September. As well as earning two Division 1 wins, he also played in a 3-0 International Cup victory over Hertha Berlin only eight days after making his senior debut in the Carabao Cup against Liverpool.

The attacking midfielder scored twice in three Division 1 appearances. One of his goals was a wonderful curling effort to rescue a point for 10-man Man City against Sunderland.

Hudson-Odoi played in all three of Chelsea's Division 1 fixtures. The versatile midfielder starred against Manchester United, coming off the bench and scoring and assisting to spark a two-goal comeback draw.

The 2016/17 PL2 Player of the Season scored in each of Swansea's three Division 1 matches, including a brace against Derby County to earn his side their first win since gaining promotion as Division 2 champions.

The summer signing from Aberdeen took his tally to eight goals for the season with two strikes in September. The striker played in all three matches in the month as Blackburn moved to second place in Division 2.

Thomas was an ever-present for Derby, impressing with one goal during a tough run against Division 1 champions Everton, Swansea City, and Manchester United.

One of the striker's three appearances was at senior level for Wolverhampton Wanderers in the Carabao Cup win over Bristol Rovers, six days before he scored the winner against Newcastle United as his team climbed to sixth in Division 2.

Wilson ended the month with five goals from three appearances, including a hat-trick for the winger against Tottenham Hotspur to extend Liverpool's perfect start to the season to six matches.