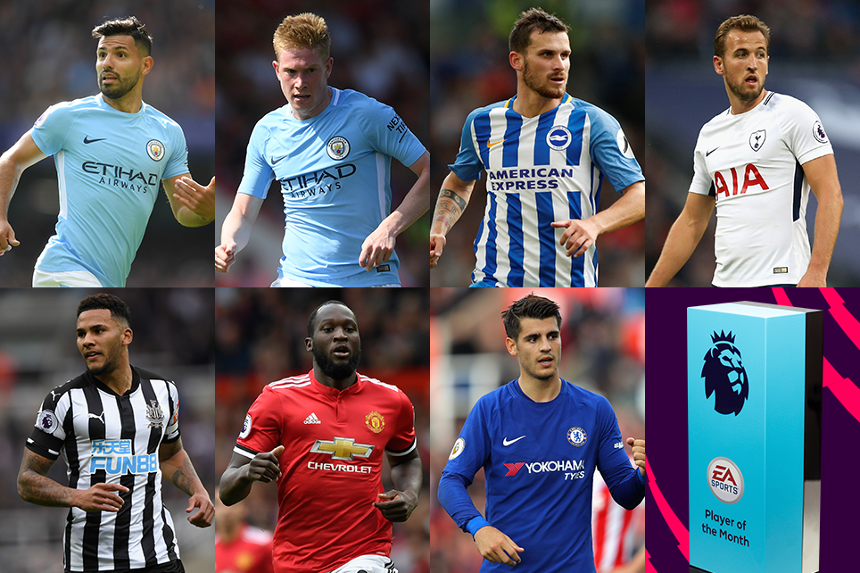 Seven players have been nominated for the EA SPORTS Player of the Month award for September, and you can help to decide the winner.

Were Harry Kane's six goals enough to gain your vote? Or did one of three contenders from the Manchester clubs catch your eye?

You have until 23:59 BST on Monday 9 October to make your selection.

The Argentina forward was directly involved in a PL-high eight goals in only three appearances to help Manchester City extend their unbeaten start to seven matches.

The Belgian produced three assists and scored a Carling Goal of the Month contender in a 1-0 win at Chelsea to take Man City top of the table.

Gross was involved in each of Brighton & Hove Albion’s first four PL goals, scoring twice and assisting the other in a 3-1 win over West Brom, before setting up another in Matchweek 5.

The Spurs striker scored an unmatchable six goals in September, becoming only the second player in PL history to net 2+ goals in three consecutive away matches.

The PL’s leading scorer didn’t miss a single minute in September, taking his tally for the season to seven with a goal in all four matches.

Morata’s four goals in as many matches included a hat-trick at Stoke, a first PL treble for a Chelsea player since September 2014.

EA SPORTS Player of the Month