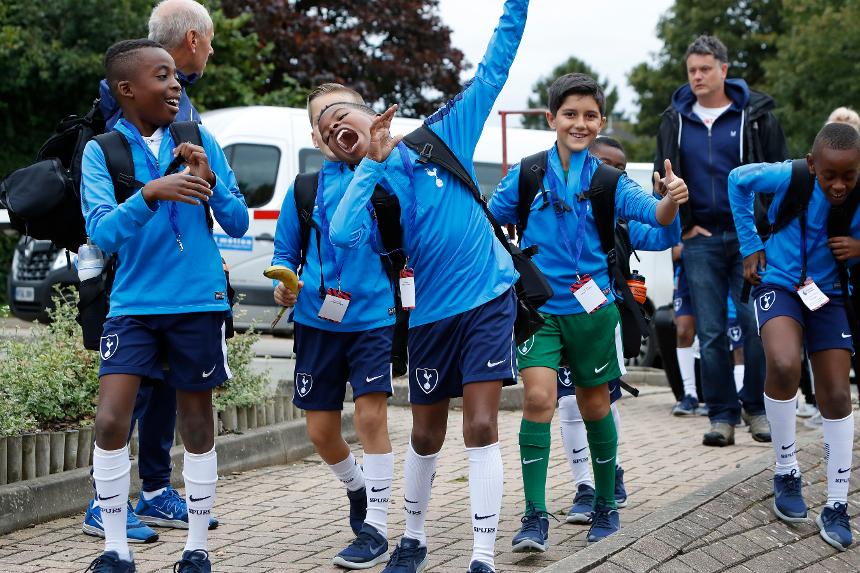 Pressure not present in Premier League's U9 Welcome Festival in Warwick, a boy's first step on path to the top

Visitors to Warwick University one Sunday last month would have witnessed a sea of young talent all hoping to play in the Premier League.

More than 540 boys descended on the Under-9 Welcome Festival as all 20 Premier League clubs and nine other Category One Academies took part, fielding 53 teams playing 10 matches - 10 minutes each - during one day.

Each match is competitive in its own right, but there are no league tables.

Neil Saunders, the Head of Youth at the Premier League, says the festival is a great method of introducing the idea of competition to young footballers but added that their young age should not be forgotten when managing expectations.

“What’s great at these tournaments is when you see the great skills the boys have on the pitch, it’s easy to think they’re older than they actually are.

“But when we return to the hotel, they’ve all put their onesie pyjamas on and you realise they are 8 and 9.

“Having their mums and dads here today does add reassurance for them so while it’s a new experience for them, they do have some comfort as well.”

Brian Mustill, an Academy coach at Chelsea, echoed the sentiment that taking things too seriously is not part of the plan at this stage of a player’s development.

“Ultimately, at this age it is about enjoyment," said Mustill. “Most of them are eight years of age; the priority must be for them to have fun.

“If they are not enjoying themselves, then it is difficult for them to fulfil their dreams.”

The festival offered a rare opportunity for clubs from the north to face southern opposition, something that Dean Smith, the Premier League’s Games Programme Football Manager, says gives the players a unique experience on and off the pitch.

“We want to offer those boys who are coming into the Academy system an experience that will stay with them for the rest of their lives," Smith said.

“That’s not necessarily the football, that’s staying away from home for the first time with team-mates, with clubs from across the country, so they’re not just socialising with their team-mates but with other kids from different parts of the country. It’s the whole experience that was the target for putting this event on.”

This was especially true for the boys from Swansea City and Wolverhampton Wanderers, who despite being separated by 150 miles and a national border, came together over the weekend in Warwickshire.

“Saturday was really good day for us,” Swansea youth coach Jack Chapman said. “We bought the boys up at about half twelve and we went bowling with Wolves just to put them together and be comfortable outside Swansea itself. That was a great start to the weekend.

“It was great to socialise with the Wolves boys and have a bit of friendly competition as well.”

While each of the boys have dreams to play in the Premier League, Saunders emphasises that such events remind them and their parents that there is a long way to go until then.

“The important role the League and club play is making sure the boys understand this is just the beginning of their journey,” he says. “These boys are eight and nine years of age so we are not putting too much pressure on them.

“We are allowing them to come and have fun.”

Jonty Coleman and Andrew Haines are students on the University of Derby's Football Journalism undergraduate course (@UoDFootyJournos on Twitter).