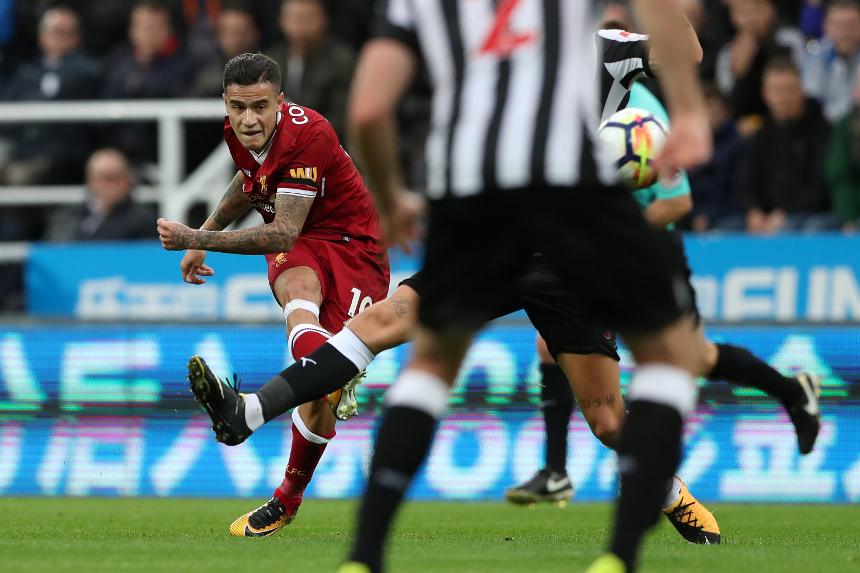 Philippe Coutinho showed why he is the most dangerous player in the Premier League when striking a ball from long distance with his goal at Newcastle United, which also cemented Liverpool’s position as the best team from range.

The Brazilian’s goal at St James’ Park was his 17th from outside the penalty area since he made his Premier League debut in February 2013, three more than Tottenham Hotspur's Christian Eriksen over the same period.

He is also in fine form, netting from outside the box in four of his last five PL starts, with only Burnley denying him a strike from distance this season.

Coutinho has a long way to go to threaten the No 1 for goals from outside the box in Premier League history. Frank Lampard, who got 41 in his time at West Ham United, Chelsea and Manchester City, leads the way.

He also has more than half of Steven Gerrard’s tally for Liverpool (33).

Most goals from outside area

Coutinho’s strike took to 295 the Reds’ long-range goals in PL history, the most by a club in the competition and 33 more than their nearest challenger, Manchester United (262).

As well as Coutinho and Gerrard’s 33 goals, Liverpool’s numbers are boosted by Robbie Fowler (18 for the club), Patrik Berger and Luis Suarez (13 each).