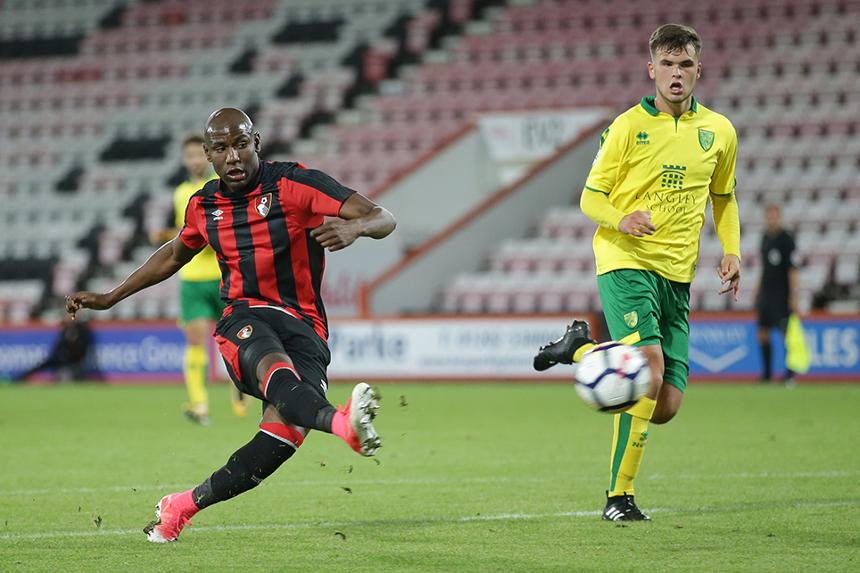 Benik Afobe hit a hat-trick and Callum Wilson made his comeback from injury as AFC Bournemouth beat Norwich City 3-2 at Vitality Stadium in the opening match of Group C in the Premier League Cup.

Afobe raced clear to slot in the 38th-minute opener but the Cherries failed to build on their lead and, after Wilson played 65 minutes in a successful comeback from knee surgery in February, Tristan Abrahams levelled for the visitors.

In a late flurry of goals Afobe restored AFC Bournemouth's advantage but Abrahams equalised again before Afobe had the final say, rounding goalkeeper Aston Oxborough to score the winner.

The other two teams in the group, Bury and Wolverhampton Wanderers, meet in their opening match at Gigg Lane on Monday.

Norwich are back in Premier League 2 Division 2 action on Monday 15 October when they entertain West Bromwich Albion at Carrow Road.

Callum Wilson on making his comeback