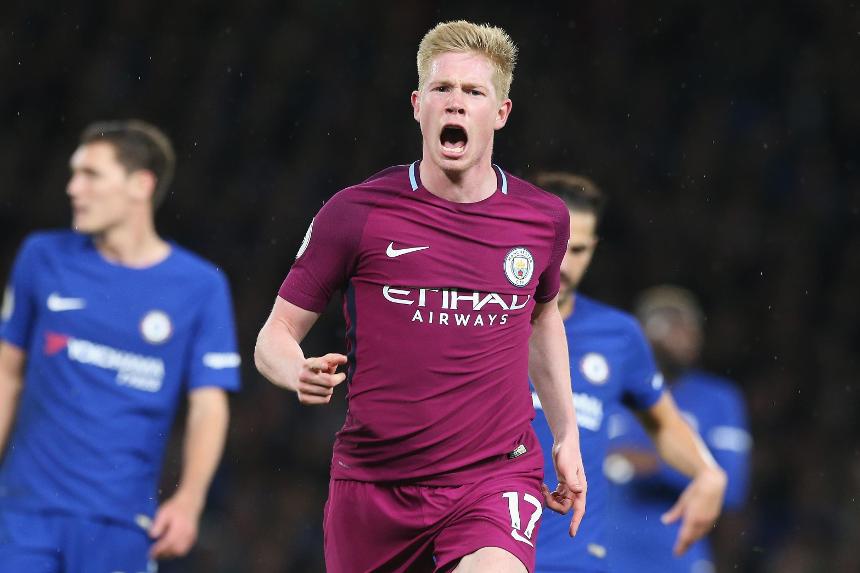 A stunning goal by Kevin De Bruyne gave Manchester City a 1-0 victory at Chelsea that puts Pep Guardiola's team on top of the Premier League table on goal difference.

City had the better of the first half but could not break the deadlock, Chelsea goalkeeper Thibaut Courtois saving superbly from Fernandinho just before the break.

Jesus had an effort blocked on the line by Blues defender Antonio Rudiger after De Bruyne's goal and although Chelsea pressed at the end, they could not find an equaliser.

City top the table on 19 points, with Manchester rivals United on the same total, while Chelsea drop to fourth, six points further back.