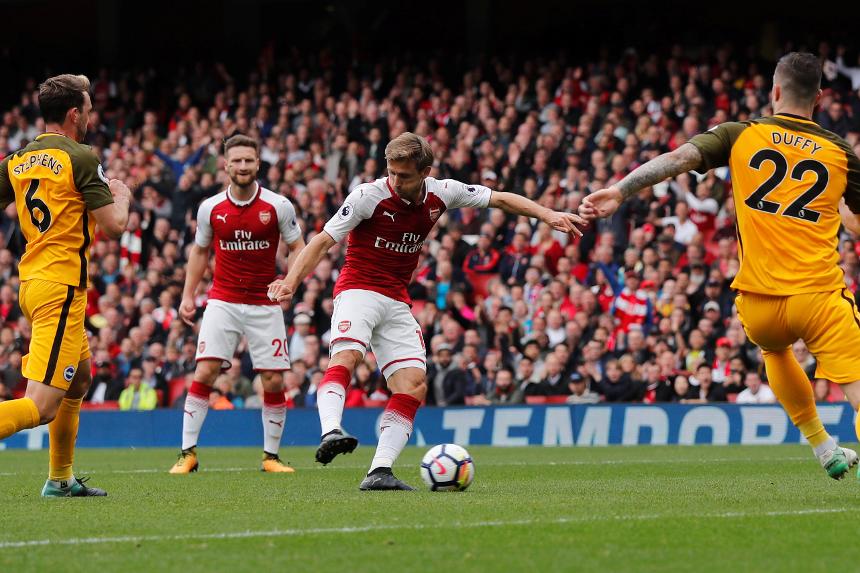 The Spanish defender drilled in the opener on 16 minutes after Hector Bellerin's blocked shot went in to his path.

Alex Iwobi doubled Arsenal's advantage after the break, when he found the top corner following a delightful backheel from Alexis Sanchez.

Arsenal are up to fifth following their fourth win out of four home matches this season. Brighton are 14th.