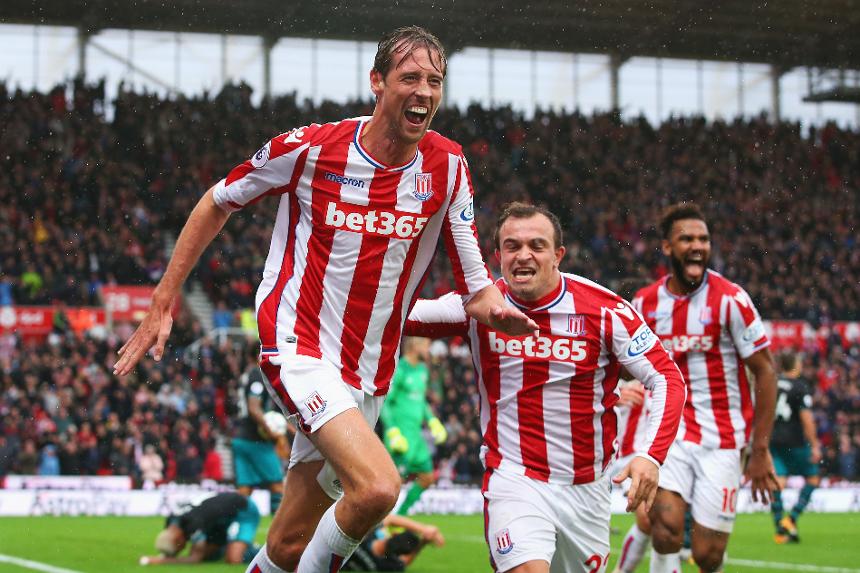 Saido Berahino then saw his penalty saved by Fraser Forster after he had been brought down by Virgil van Dijk.

The striker was made to rue the miss as Maya Yoshida pulled Southampton level with a superb second-half volley.

But with five minutes remaining, a goalmouth scramble resulted in Eric Maxim Choupo-Moting finding Crouch and the substitute tapped in to move Stoke level on points with 12th-placed Saints.