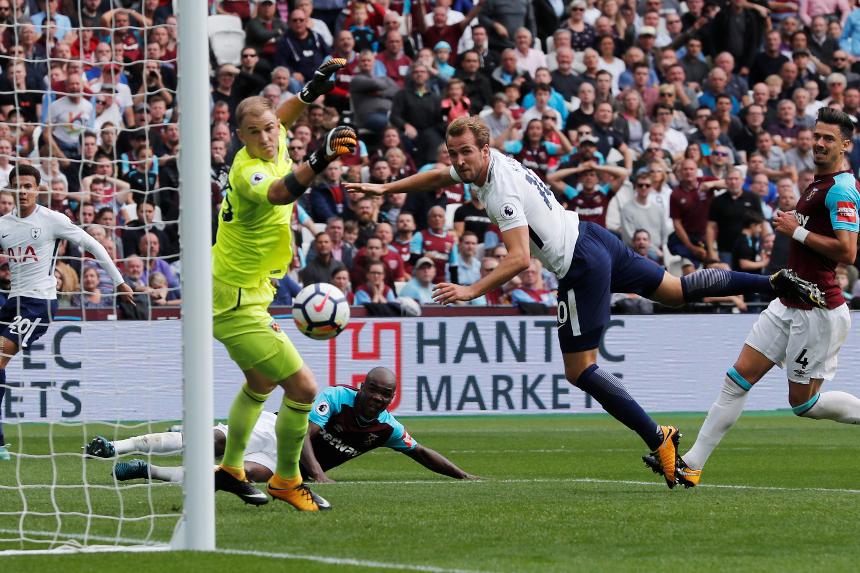 Harry Kane scored twice as Tottenham Hotspur held off a West Ham United comeback to win 3-2 and maintain their perfect away record in the Premier League this season.

The Spurs striker headed in Dele Alli's cross and then slotted in after Alli's shot was saved, as Spurs went 2-0 up late in the first half.

Moments after Kane's free-kick came back off the post, Christian Eriksen volleyed in to put the visitors 3-0 up on the hour.

Chicharito pulled one back from close range before Serge Aurier was sent off for a second bookable offence and Cheikhou Kouyate's thumping 87th-minute header set up a tense finish.

But Spurs held on to move up to third before the 3pm matches, having won their last five away PL matches.