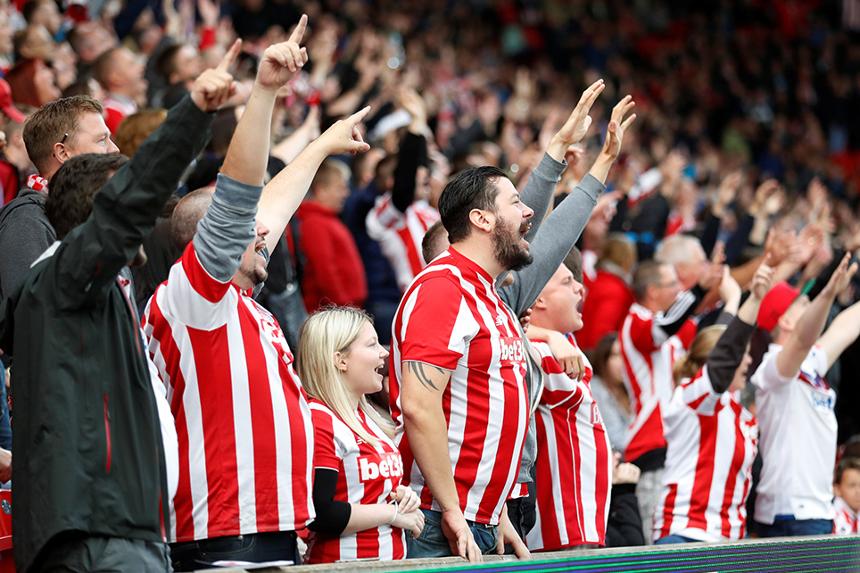 The chance to play in the Premier League not only brings joy to fans of a club but can also have a significant benefit for the local area, research has found.

Stoke City are enjoying a tenth consecutive campaign in the Premier League and a study by EY of the impact of one season, 2015/16, found that the club’s presence in the competition contributed more than £130million to the region around the Staffordshire club, supporting more than 2,000 jobs.

"Our Premier League status has allowed continued investment in the club's future and the region,” Stoke City Chief Executive Tony Scholes said. “Stoke City supporters play a key role in our success and we prioritise our work in local communities.”

The club, along with the tourism it supports through being in the Premier League, contributed a total of £108million in Gross Value Added (GVA) to the region in 2015/16, with a further £23million generated through the club’s supply chains and jobs supported.

As well as economic benefits, the study analysed the impact of the club’s charitable foundation, the Stoke City Community Trust, on the local community.

The social impact of this inclusivity is estimated at £14.4million, of which £11.6million results from the physical and mental health benefits associated with increased physical activity.

“The programmes we deliver locally all aim to better the individuals involved,” Adrian Hurst, Head of Community at the Stoke City Community Trust, said.

“This could be through sessions in which we look to improve health and well-being, enhance community cohesion, or is as simple as us helping participants to access better facilities and educational resources.

The importance of the wider economic impact was made greater by the fact that the arrival of Stoke City in the Premier League coincided with the global financial crisis and so it has helped to offset any negative repercussions and encourage potential investment prospects to consider the region as a base.

"Stoke City are a perfect illustration of the potential positive impact that the Premier League can have off the field,” Mark Gregory, Chief Economist at EY, said.