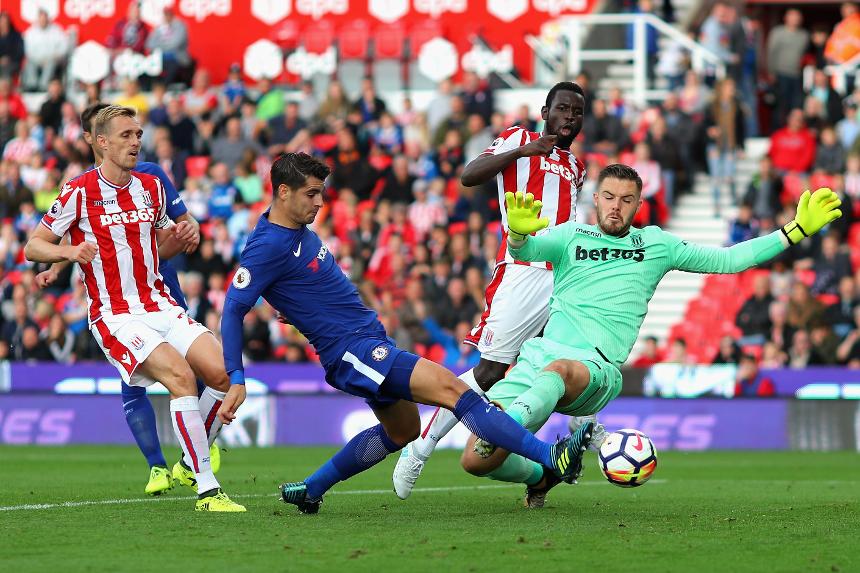 He opened the scoring after only 83 seconds, slotting in after Cesar Azpilicueta flicked on Tiemoue Bakayoko’s pass.

Pedro doubled the lead after Darren Fletcher inadvertently chested the ball into his path.

Morata hit a quickfire double to complete his treble and seal the victory late on in the second half.

His second goal came from a tight angle after he cut into the left-hand side of the penalty area and fired inside the post.

Azpilicueta then chested back a pass from Cesc Fabregas into the path of Morata who converted to collect the match ball and complete a comprehensive victory.