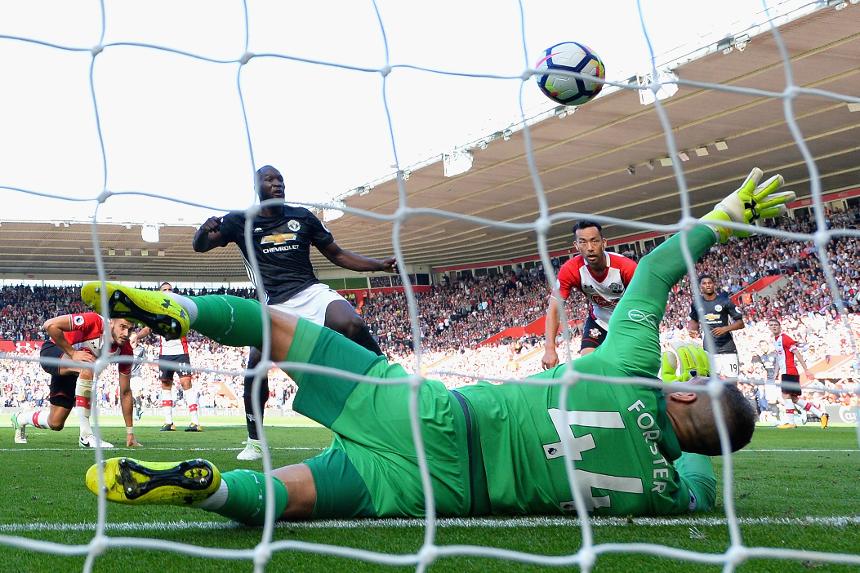 Romelu Lukaku equalled a Manchester United Premier League record with the only goal in a 1-0 win at Southampton.

The striker's close-range finish on 20 minutes means no player has scored more goals in their first six appearances for the club than Lukaku's six, level with Louis Saha.

Southampton could not find an equaliser despite an improved second half, with Oriol Romeu's dragged effort the closest Mauricio Pellegrino's side came.

United are still unbeaten but are behind leaders Manchester City on goal difference. Saints drop to 11th.