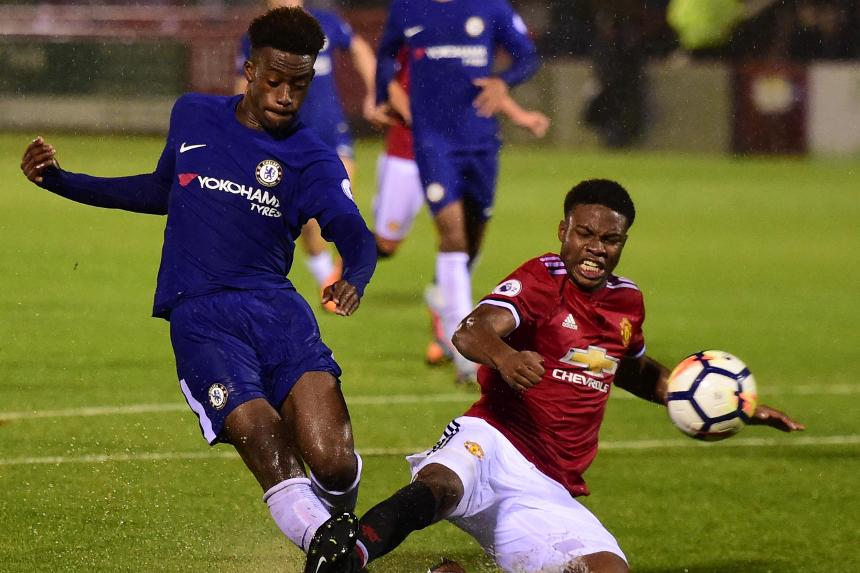 Chelsea scored twice in the final 18 minutes to overturn a two-goal deficit and draw 2-2 with Manchester United in Premier League 2 at Aldershot.

Tosin Kehinde had put United ahead with a fierce shot in the 38th minute and James Wilson headed the visitors' second goal 11 minutes after half-time.

Isaac Christie-Davies made it 2-1 with a low shot in the 72nd minute, before Hudson-Odoi levelled to cap a battling display for the Blues.

Chelsea stay sixth in the Division 1 table with six points from their five matches. They are one point and three places above United.

Both teams return to action on Friday with Chelsea travelling to Leicester City and United hosting Derby County.