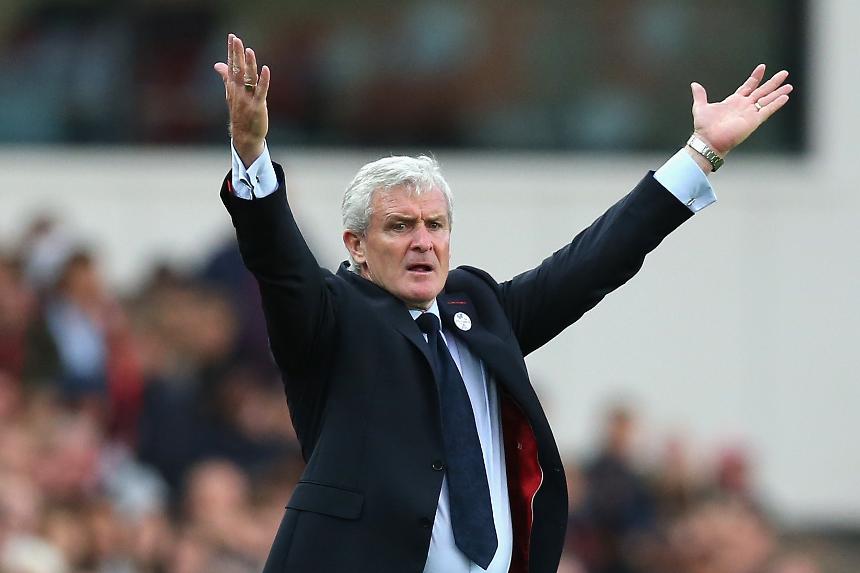 Stoke City captain Ryan Shawcross (back) is a doubt and fellow defender Geoff Cameron (hamstring) is definitely out.

Newcastle are aiming to win three consecutive PL matches for the first time since November 2014.

The Magpies have the youngest average starting XI in the Premier League this season (25 years, 223 days).

Only versus Sunderland (11) has Mark Hughes won more PL matches as a manager than against Newcastle (9).

Rafael Benitez: "I was on the sofa taking notes and shouting against Swansea. I was confident because the staff were telling me everything was going according to plan."

Mark Hughes: "We are really pleased with how we've started. We look really bright in our work and performed well against very good sides."