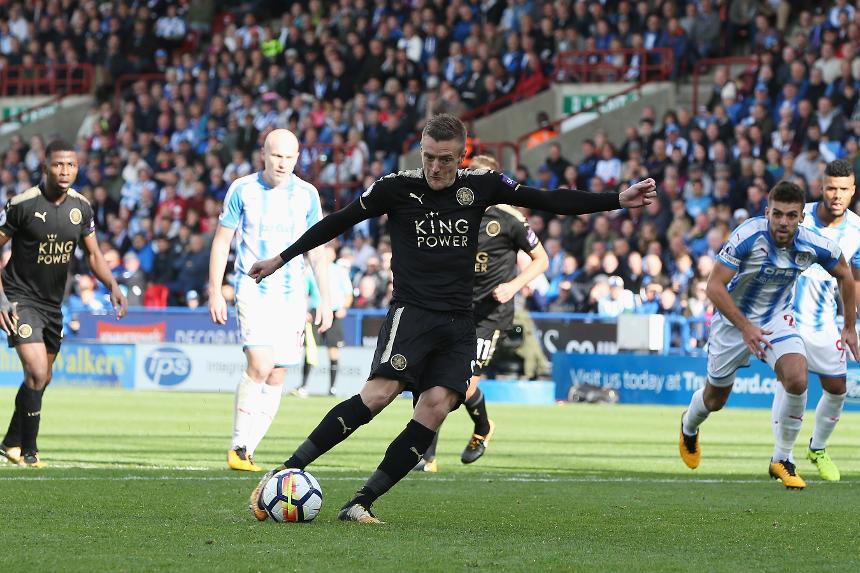 Jamie Vardy scored from the penalty spot to give his Leicester City side a 1-1 draw at Huddersfield Town.

The hosts had the better of the chances in the first half and they took the lead just after the break when Laurent Depoitre powered his way into Leicester territory and fired home.

The lead lasted only four minutes, as Vardy claimed his fourth goal of the campaign after Chris Lowe fouled Andy King in the area.

Vardy had a great chance to seal victory with 21 minutes to go from Riyad Mahrez's cross but with the goal at his mercy three yards out, he could not get a touch on the ball.

Huddersfield are in fifth while Leicester move up to 14th place with their first point in three matches.