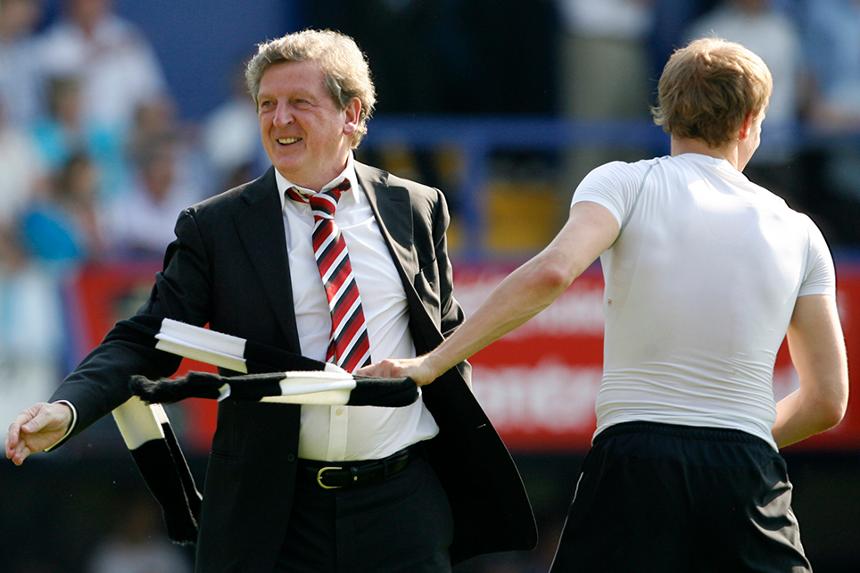 Not for the first time Roy Hodgson has been brought in to get a club out of the Premier League relegation zone.

Although Crystal Palace have a long way to go this season to move off the bottom of the table, they will be encouraged by the miraculous escape led by their new manager at Fulham in 2007/08.

It is a story that suggests the Selhurst Park faithful should be patient during the early days of Hodgson's reign, which begins with fixtures against Southampton (H), Manchester City (A), Manchester United (A) and Chelsea (H).

The Englishman joined Fulham midway through that campaign with the club in 18th after only two wins in 19 matches.

He picked up only nine points from his first 13 matches before an inspired comeback at Manchester City proved critical in a run of four wins from the last five to stay up against the odds.

At the Etihad Stadium, Fulham were 2-0 down at half-time and all but relegated as it stood. But they struck three times in the final 20 minutes, through Diomansy Kamara twice and Danny Murphy.

A home win over Birmingham City followed before Murphy's header at Portsmouth on the final day secured the win they needed to stay up on goal difference.