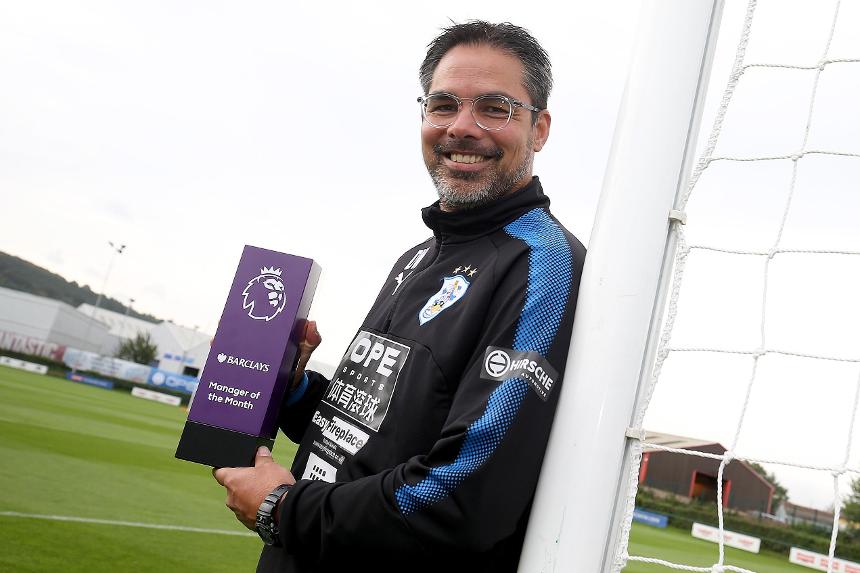 David Wagner has won the August Barclays Manager of the Month award after guiding Huddersfield Town to an unbeaten start in their debut Premier League season.

"It's an honour for me but I'd like to take this award for the whole club, especially my players!" Wagner said.

"I'd hoped that we would start well but I didn't expect it! It's only the start and now we need to be focused for the next one."

Back-to-back wins over Crystal Palace and Newcastle United were followed by a draw with Southampton, leaving the Terriers third in the table after three Matchweeks.

Wagner was selected by a combination of votes from a panel of experts and the public. He beat Pep Guardiola, Jurgen Klopp, Jose Mourinho and Tony Pulis.