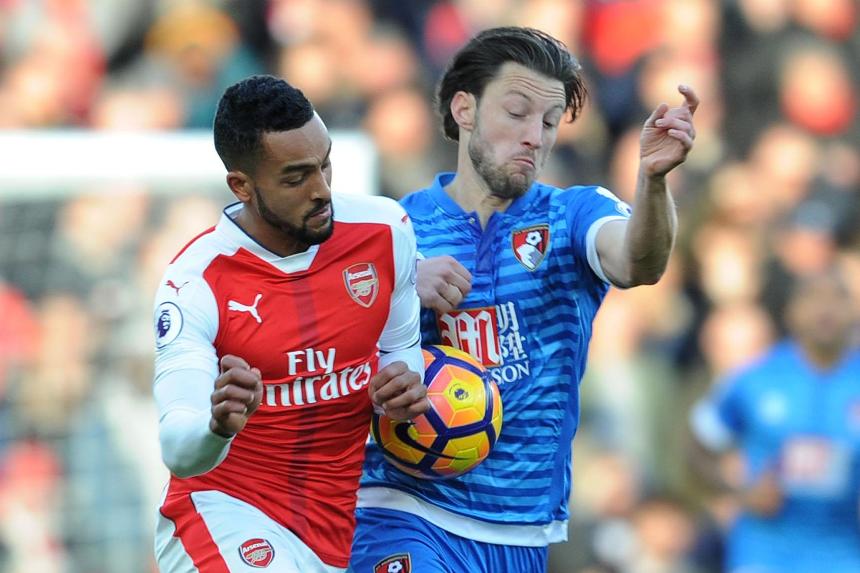 Arsenal will assess Alexis Sanchez, Aaron Ramsey and David Ospina, all of whom returned from international duty on Thursday.

Santi Cazorla (calf) is a long-term absentee and Jack Wilshere is not yet fully fit.

AFC Bournemouth could have Simon Francis (hamstring) back but Nathan Ake (ankle) is a doubt.

Callum Wilson (knee) is a long-term absentee and Junior Stanislas (groin) may not yet be ready to return.

Arsenal's three home matches with AFC Bournemouth across all competitions have all ended in victory, with the most recent being a 3-1 win last November.

Arsene Wenger has won more Premier League matches (458 of 793) than the other 19 managers in the competition have won at their current clubs combined (379 of 907).

Jermain Defoe has scored against Arsenal for three different clubs in PL (West Ham United, Tottenham Hotspur and Sunderland). Only Darren Bent has done so with more clubs (5).

Arsene Wenger: "Bournemouth are a team who can give problems to everybody. We know our season depends on how strong we will be at home."

Eddie Howe: "Last season It was certainly memorable, especially the ending of the 3-3 game. Reflecting on all the games we’ve had with Arsenal they’ve always been tight even if they’ve not tended to go our way."