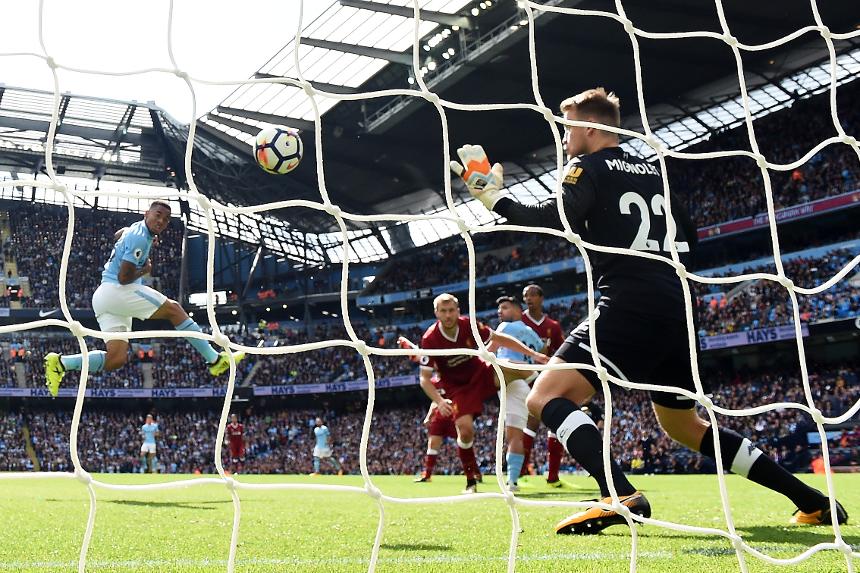 Klopp’s task got harder when firstly, Sadio Mane was sent off for serious foul play after kicking Ederson in the face when chasing a through-ball on 37 minutes.

Then, in the sixth minute of first-half stoppage time, an unmarked Gabriel Jesus headed in De Bruyne’s cross.

Jesus made it 3-0 on 53 minutes when Sergio Aguero, through on goal, squared for the Brazilian to finish.

Leroy Sane came on to add gloss to the scoreline, firstly converting a neat one-two with Benjamin Mendy and then curling home a stunning goal in stoppage time.