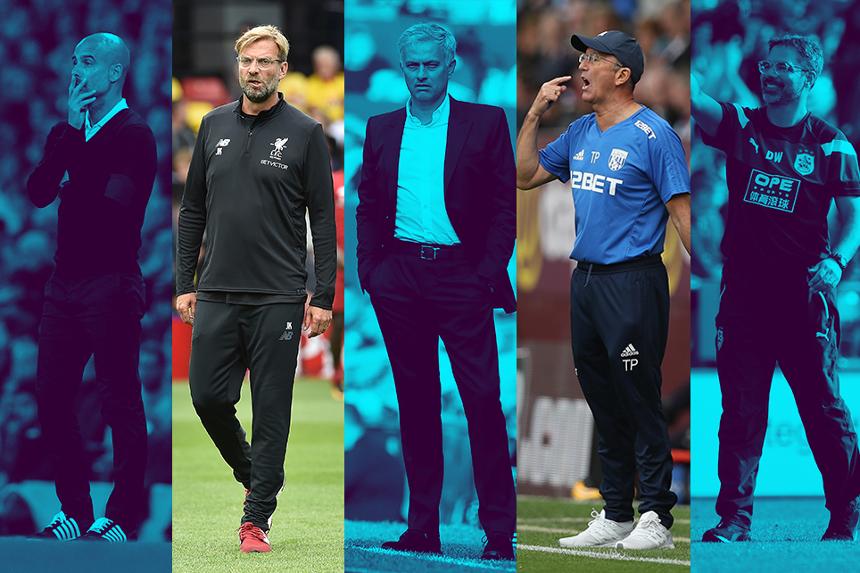 Help decide between Guardiola, Klopp, Mourinho, Pulis and Wagner for the August award

Five unbeaten nominees have been revealed for the first Barclays Manager of the Month award for 2017/18.

You can help choose who wins the August accolade through voting at the Barclays Facebook page.

You have until midnight BST on Monday 4 September to vote, and it will be combined with those of a panel of football experts.