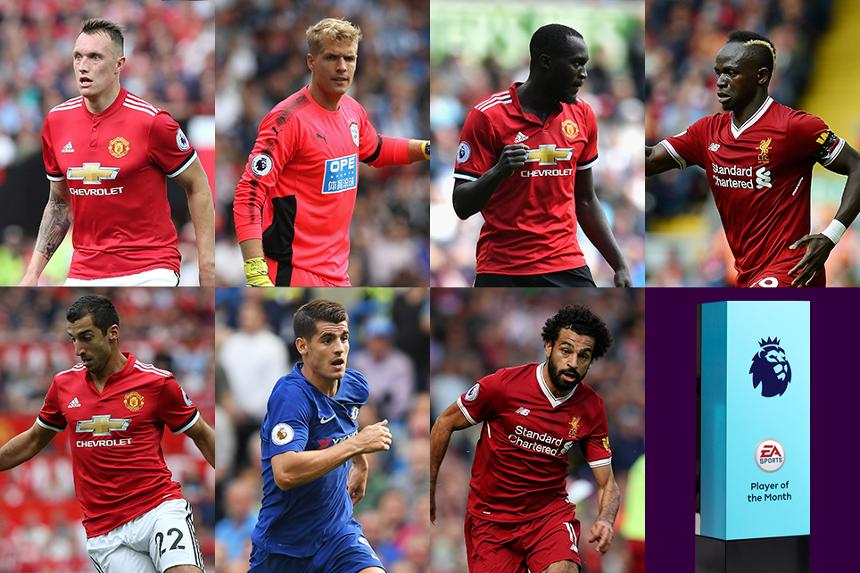 Seven players have been nominated for August's EA SPORTS Player of the Month award.

You have until midnight BST on Monday 4 September to vote and the winner will be revealed on Friday 8 September.

The Belgian’s three goals make him the League’s joint-top scorer for a Man Utd side who boast the only remaining 100% start.

The defender has played every minute so far, making eight interceptions to help Man Utd start a Premier League season with three clean sheets for only the fourth time.

One of only two goalkeepers with a 100% save rate, the Dane’s 11 stops mean Huddersfield are yet to concede a Premier League goal in their debut season.

The Liverpool winger has started the season in fine form, scoring a goal in each of the first three fixtures as part of Liverpool’s formidable front three.

The Man Utd midfielder has assisted half his team’s 10 goals this season. His tally of five in the first three matches has not been achieved since 1994/95.

Chelsea’s new signing from Real Madrid has had no trouble adapting, being the first player to score and assist in both his first two home PL appearances.

The Egyptian winger has made a flying start to life at Liverpool, producing two goals and one assist from two starts.