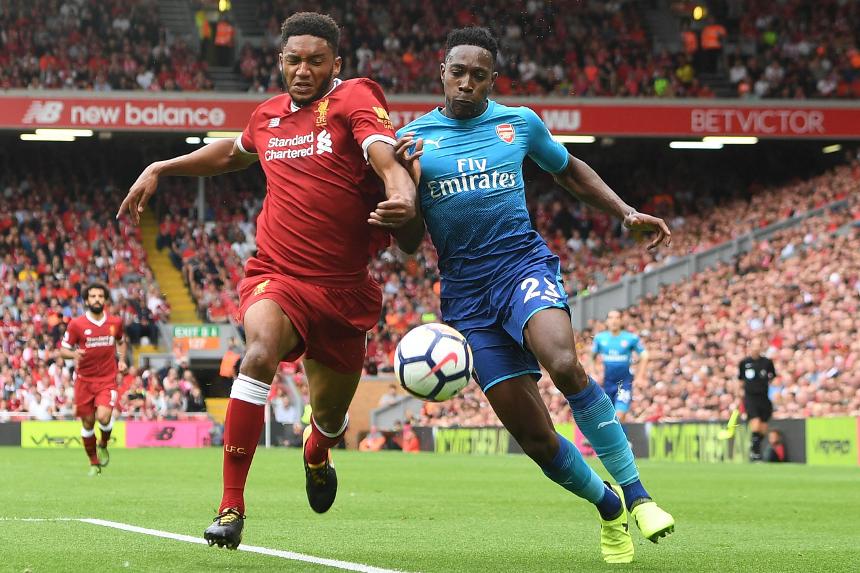 Jurgen Klopp’s players claimed the top four spots, with Roberto Firmino (£8.5m) at the summit with 51.

The Brazilian has scored 101 in the BPS over the season, more than any other forward.

Firmino’s creativity has been key. He has recorded two assists, with six key passes and two big chances created, more than any other FPL forward in all cases.

Salah was caught offside twice and missed two big chances to score 39 in the BPS.

Mane has scored in each of his three Gameweeks but has yet to be awarded a bonus point.

He tallied 36 and ranks second in the BPS (83) to Manchester United’s Henrikh Mkhitaryan (£8.2m, 106) among midfielders.

The two midfielders were edged out of the BPS by defenders Alberto Moreno and Joe Gomez (both £4.5m).

Moreno completed more passes (64) than any other Liverpool player and won six of his eight attempted tackles to score 40 in the BPS.

The Spaniard has made and won more tackles (11 and nine) than any other defender this season.

Gomez, pictured top, bettered Moreno with a BPS score of 42 after supplying an assist, two key passes and winning three of his six tackles.

However, Bailly’s tally has benefited from his goal at Swansea City in Gameweek 2.

The underlying statistics show Jones to be outperforming his team-mate across key metrics.

He has recorded more clearances, blocks and interceptions (29 v 21).

He also boasts a higher pass completion (94% v 86%) and has committed fewer fouls (one v four).

The Huddersfield Town defence has been full of eye-catching performances in the BPS, with Tommy Smith (£5.0m) the latest to shine.

The right-back claimed two bonus points from the 0-0 draw with Southampton, after delivering three open play crosses and five key passes to score 30 in the BPS.

Smith produced 10 assists in the Championship in 2016/17, averaging a key pass every 71 minutes.