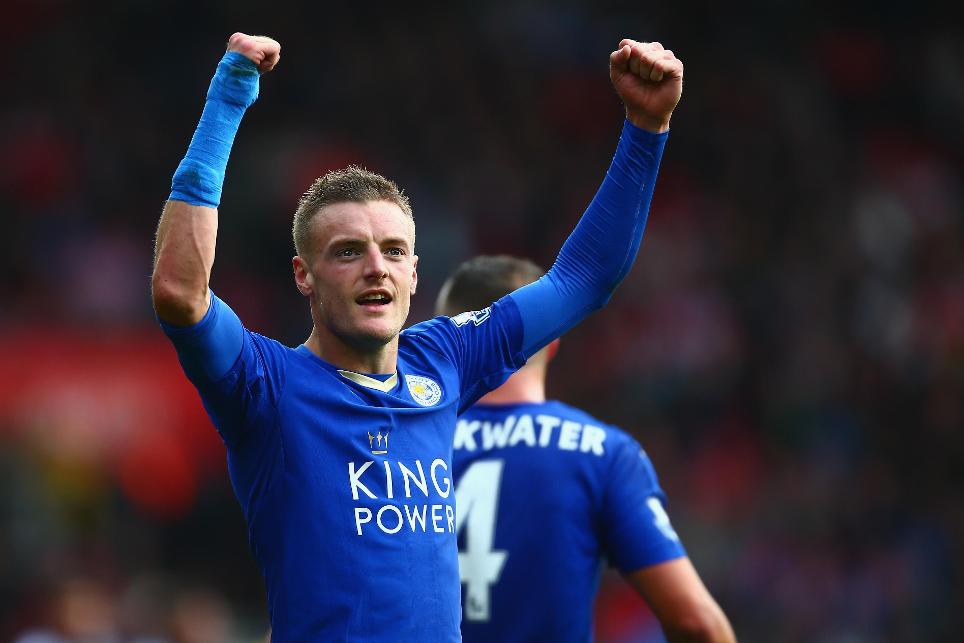 Jamie Vardy has won the Barclays Player of the Season award after playing a starring role in Leicester City's Barclays Premier League title.

The 29-year-old striker has scored 24 goals and provided six assists in 35 matches this season, helping the Foxes to their first BPL crown, and wins the award for the first time.

He set a record of scoring in 11 successive BPL matches in the 1-1 draw with Manchester United on 28 November, breaking the mark set by Ruud van Nistelrooy.

Vardy has finished the campaign strongly, with five goals in his last three matches.

Having won the Football Writers' Association Player of the Year award this month, Vardy could claim a hat-trick of season honours if he surpasses the league's top scorer Harry Kane, who is on 25 goals, at Chelsea on Sunday to claim the Barclays Golden Boot.

Vardy is only in his second BPL campaign, having played non-league football before his switch from Fleetwood Town to Leicester, then in the Championship in 2012.

He is Leicester City's first Barclays Player of the Season and it means that a different club has had the winner in the last six campaigns.

Eleven clubs have had players win the award, with Manchester United (eight) picking up the most.

Barclays Player of the Season winners