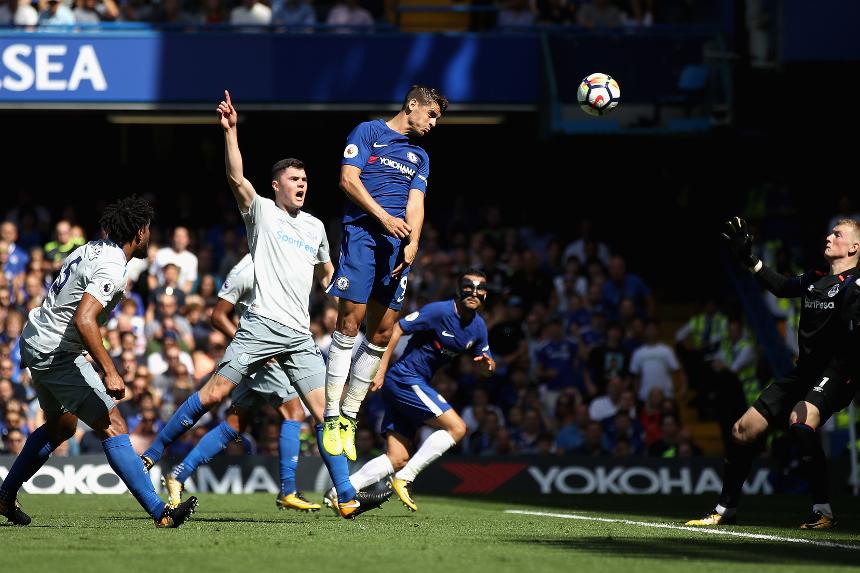 Cesc Fabregas and Alvaro Morata score in 2-0 win over Everton, the champions’ second in succession

Koeman: First half cost us External Link
Matchweek 3: What we learned

After exchanging the ball with Morata just inside the penalty area, Fabregas brilliantly found the far corner with a strike off the outside of his boot on 27 minutes.

Morata then netted his second Premier League goal in as many home matches when he headed in Cesar Azpilicueta’s cross before half-time.

Ashley Williams and Idrissa Gueye went close as Everton pushed for a way back into the match, but Antonio Conte’s side held on, giving the champions six points from three PL matches this term.