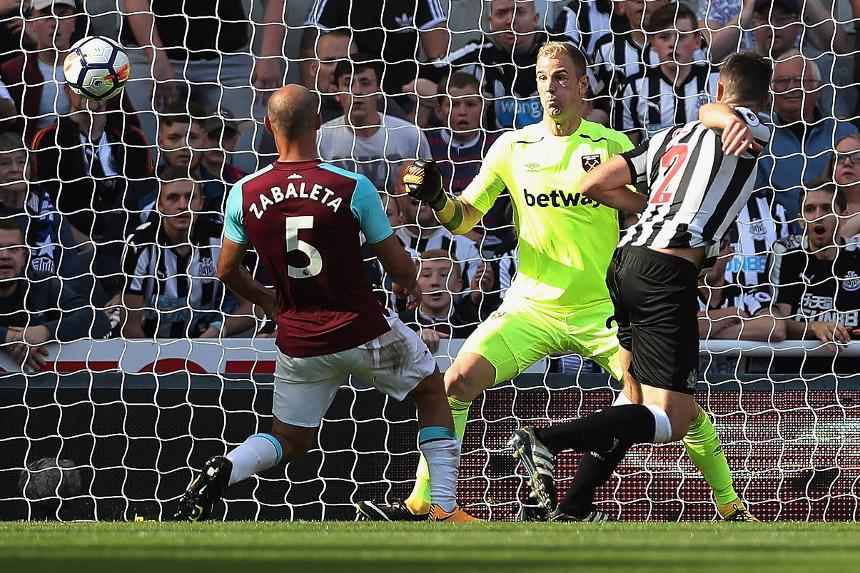 Newcastle United got their first points of the season as they beat West Ham United at St James’ Park.

In his first home match since signing from Stoke City, Joselu broke the deadlock on 36 minutes with Newcastle's first goal of the season, bundling in Christian Atsu’s cross.

West Ham started to come back into the match after the break with Chicharito seeing Ciaran Clark clear his effort from in front of his goal.

Clark then popped up at the other end to double the lead, heading in Matt Ritchie’s cross in the 72nd minute.

Ayoze Perez fed Aleksandar Mitrovic to round Joe Hart and make it 3-0 late on to leave West Ham without a point this season.