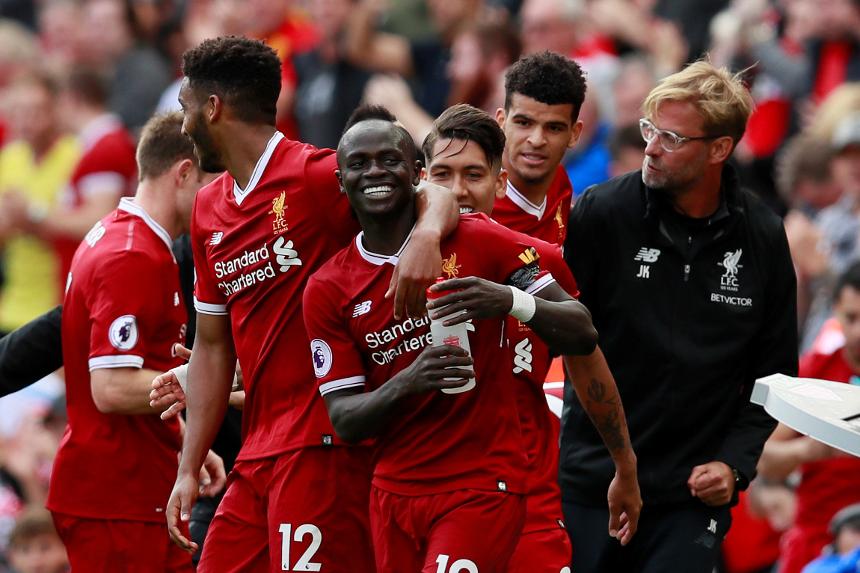 The US struck back in their battle with the UK in Gameweek 2 of our Fantasy Premier League Draft league of Fantasy Football experts.

Each week we are getting the views and tips from one of the eight managers in the “Clash Across The Pond” league.

The second set of fixtures served up two local derbies and a pair of transatlantic battles, both won by the US pundits.

This week we get the tips of Rotoworld’s Premier League editor, Neal Thurman.

At this point in the season, before the Premier League transfer window closes, I am thrilled to have got points from all of my starters.

Having gambled in the initial draft to bring in Philippe Coutinho, Riyad Mahrez and the injured Eden Hazard, I knew that the early season would be difficult.

Gameweek 1 went surprisingly well but I was unfortunate to have drawn one of the three managers who beat my total by the slimmest of margins.

With Jordan Pickford, Michael Keane and Victor Moses facing difficult opponents, I realised that Gameweek 2 would be as big a challenge, up against my colleague Jeremy Spitzberg (Get on the Snake).

But I got lucky.

Two of Jeremy’s players – Marcos Alonso and Chicharito – hit a brace, and he also got a clean sheet from his goalkeeper.

Fortunately for me, the rest of his squad underperformed.

In my own line-up, Romelu Lukaku justified his rank as the No 2 draft pick by firing another goal in the win at Swansea City.

James Milner also came off my bench to pick up a clean sheet, and he was joined by team-mate Sadio Mane, who scored Liverpool’s only goal against Crystal Palace.

Now I can look ahead happy with third-highest points total in the league and with Hazard and Coutinho hopefully returning to action.

But it's not all good news.

Milner is a worry for me. I’m still not convinced he starts more than 20 to 25 matches, which makes him hard to keep on a short bench.

Up front also looks sparse, with neither Olivier Giroud or Kelechi Iheanacho assured of starts.

The market in the league is hotting up and I'll have to make at least one move this week.

However, I'll hold off after that, saving my waivers until after the window closes.

My Gameweek 3 opponent (Jonty’s XI) is winless, but I’m not all that confident.

He has been unlucky to face off with either the league's top or second-highest scorer over the first two weeks.

I certainly have to hope that Man Utd's Paul Pogba has an off-day.