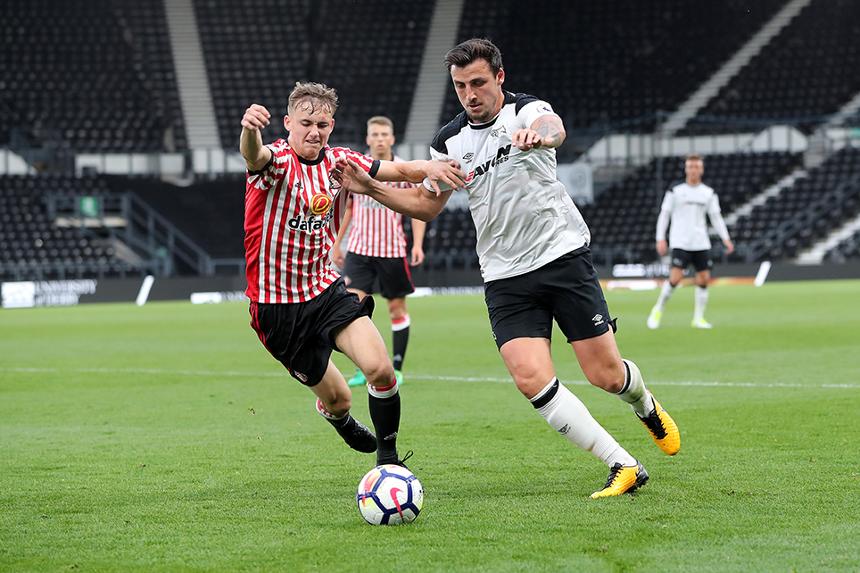 Derby County got their first Division 1 win of the season as a goal in each half, from George Thorne and then Offrande Zanzala, helped them beat Sunderland 2-0 at Pride Park.

Thorne, who had missed last season with a broken leg, fired a low shot into the bottom corner on 31 minutes.

Derby were in control for much of the match, but Rees Greenwood hit a post for Sunderland.

Zanzala sealed the win after coming off the bench, with a curling strike deep into stoppage time.

Next for Derby is a trip to Swansea City on 11 September while Sunderland face Chelsea three days earlier.