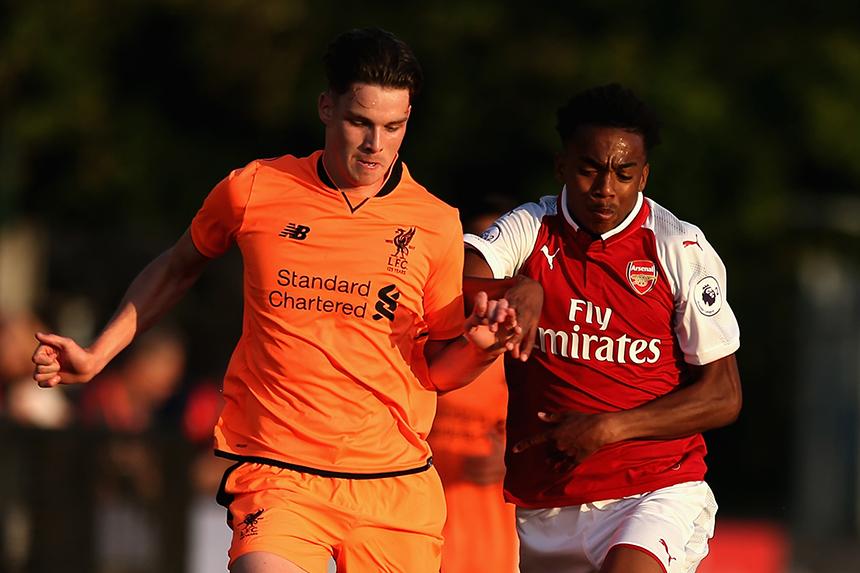 Sam Hart scored a stunning 90th-minute free-kick as Liverpool came from behind to beat Arsenal 2-1 at Boreham Wood and maintain their 100% start.

After a goalless first half, Liverpool - who also had Danny Ings in the side - fell behind to Reiss Nelson's fifth PL2 goal of the season.

Rhian Brewster equalised after 70 minutes with an excellent left-footed strike.

Hart, a 20-year-old defender, pictured above left, struck at the death to send Liverpool three points clear of Arsenal at the top of Division 1.

What a win for #LFCU23s this evening - Sam Hart's 90th-minute free-kick seals a 2-1 comeback victory over Arsenal! pic.twitter.com/Ixc4j6Zg3x