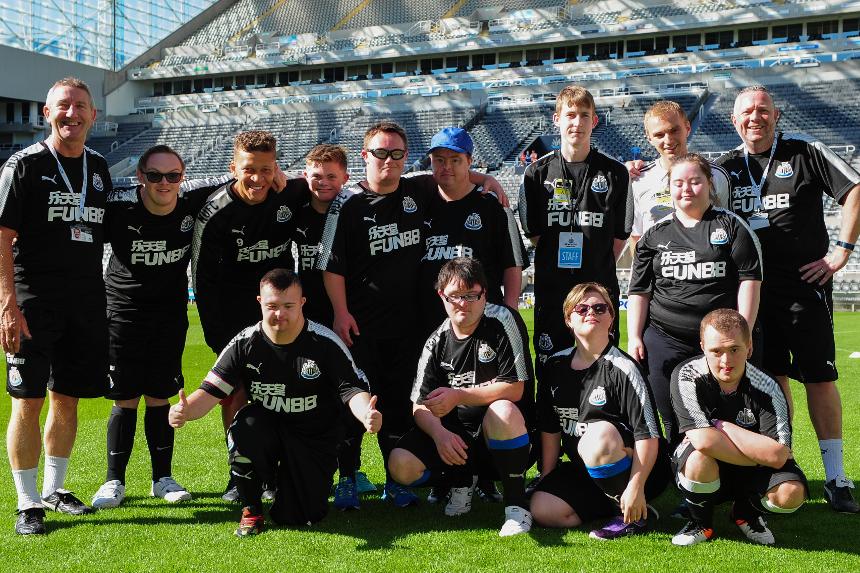 The Newcastle striker will help project that works with over 2,300 participants in the North East

Newcastle United Foundation has announced Dwight Gayle as its ambassador for Disability Football.

The Newcastle United striker approached the Foundation’s Disability Development Officer, Reggie Dornan, at the end of last season about how he could support the Foundation’s work with disabled children and has since met the charity’s PowerChair and DS Active players.

The programme is supported by the Premier League/BT Disability Fund.

“I was interested to see what the Foundation did for people with disabilities and when I went to see some of the football sessions I was really impressed,” Gayle said.

“The opportunities for the players are fantastic and the coaches are really committed to getting the best out of everyone on the pitch.”

“The players love it when he comes to sessions,” Dornan said. “His presence has a really positive impact on the players we’re developing.”