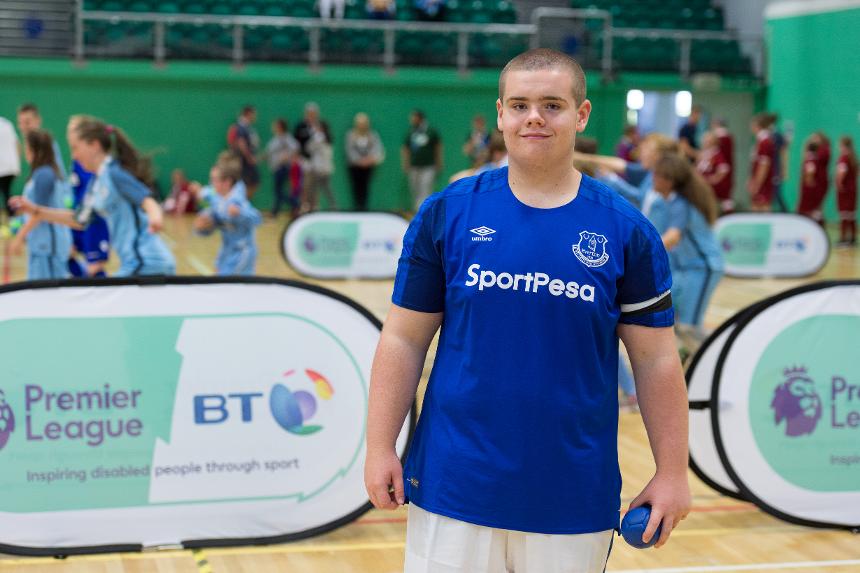 When Hugh Evans had autism diagnosed at the age of two-and-a-half, basic communication was expected to be difficult for him.

"Every organisation was saying, 'Don't expect Hugh to speak, basically don't expect him to do anything,' " Hugh's father Neil says.

But after a home education programme that specifically focused on social skills, Hugh learned how to interact with others.

And football has helped with that.

As Hugh, now 15, explains: "I said to myself, 'Get into football.' Everton was one option and I took it. I wasn't nervous, I was full of confidence.

"It's absolutely fantastic, one of the best things that could have happened to me. I'm a centre-back and have been captain for about a year.

"It means everything to be captain of this team, I'm really proud.

"It's helped me speak better, not just on the pitch but to people in general.

"I'm a lot more confident. I've even scored six goals for Everton, and I'm not as quiet any more."

Neil says being part of the Everton team, which is part of the Premier League & BT Disability Fund, has given his son the environment to develop.

"As a parent of a teenager with autism and someone who has been given such a dire prognosis, it's a great organisation," he says.

"Irrespective of the children's challenges or abilities, it gives them a chance to participate in events, to get together once a week and be part of a team.

"It's given Hugh a focus, a purpose."

To mark the successful first year of the PL/BT Disability Sport initiative, participants from each of the clubs involved gathered for a Festival of Sport at the Stoke Mandeville Stadium in July.

Hugh was chosen to represent Everton.

"His drive and passion is at times quite humbling. He's setting an example for me."

Hugh is one of more than 10,000 people who have been engaged in the PL/BT Disability programme since it was launched last September.

Over the last 12 months, Everton have engaged more than 800 people and delivered over 450 sessions.