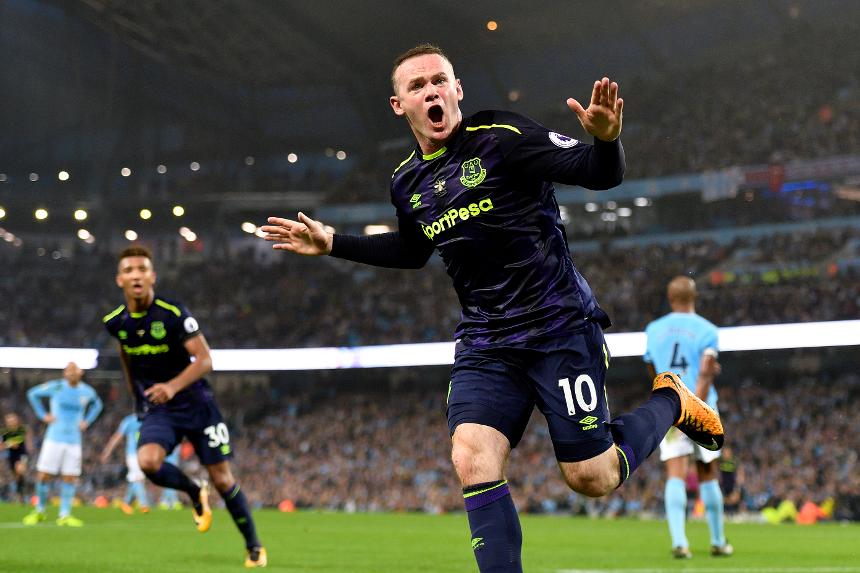 You could say it was not unexpected for Wayne Rooney to score his 200th Premier League goal on Monday night against Manchester City.

After all, the Everton forward netted his 50th and 150th PL goals against them. His other landmark strikes, his first and 100th, had both come against Arsenal.

The goal Rooney scored at the Etihad Stadium in the 1-1 draw was his 153rd with his right foot and his 173rd from inside the penalty area.

It also took his tally of goals against Manchester City to nine.

There is only one other player who has scored more goals against the Citizens in PL history, and that is Alan Shearer - the only other member of the 200 club.