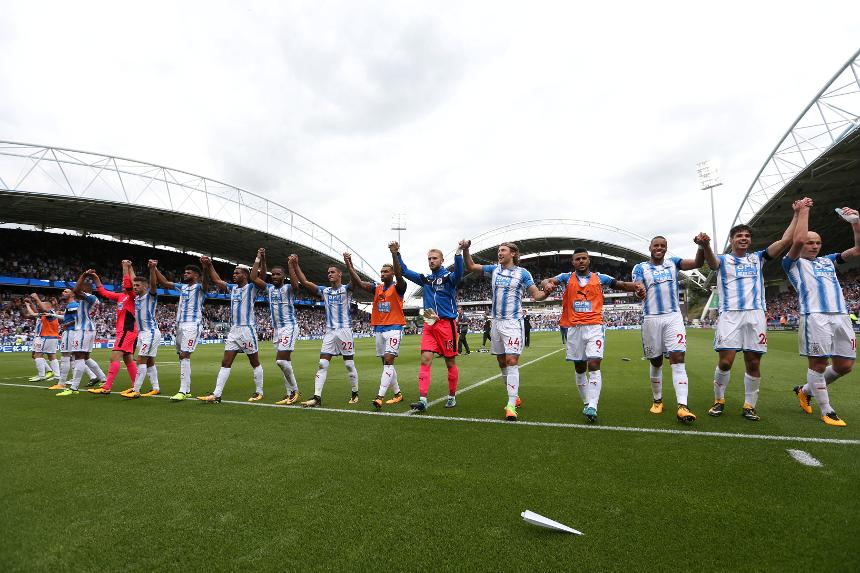 Huddersfield Town have a Premier League record in their sights when when they host Southampton on Saturday.

By winning 3-0 at Crystal Palace before beating Newcastle United 1-0 at home on Sunday David Wagner’s side became only the third promoted team to start with back-to-back victories in the Premier League, after Bolton Wanderers (2001/02) and Hull City (2016/17).

Only one club have won their first three Premier League fixtures, Coventry City in the inaugural 1992/93 season.

Huddersfield's chances of matching that record will be backed by a strong defence, who have yet to concede a Premier League goal.

They are only the second promoted side to keep a clean sheet in each of their first two matches, matching Charlton Athletic in 1997/98, who did so for three.

WATCH: the #htafc players celebrate the Club's first home win in the @premierleague (AT) pic.twitter.com/aQHv8AS4xm