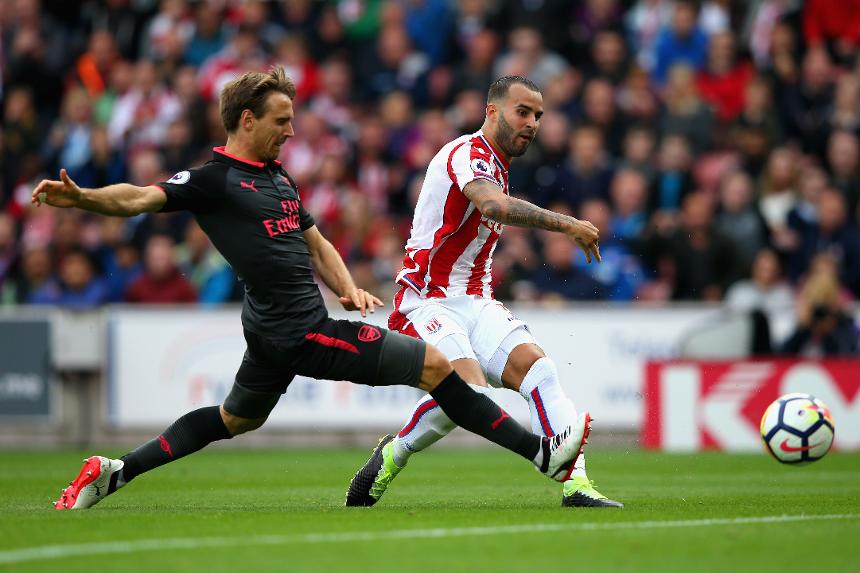 Jese Rodriguez scored on his Stoke City debut to earn them a 1-0 win over Arsenal.

After a first half at the bet365 Stadium where Jack Butland, in the Stoke goal, had regularly thwarted Arsenal, the forward signed from Paris Saint-Germain this week opened the scoring two minutes after the break.

Stoke broke and Saido Berahino, on as a substitute for the injured Xherdan Shaqiri, slipped in the Spaniard, who finished past Petr Cech.

Olivier Giroud came on in the 65th minute but could not be the hero, playing in Alexandre Lacazette for a goal that was ruled offside, then heading wide in stoppage time.