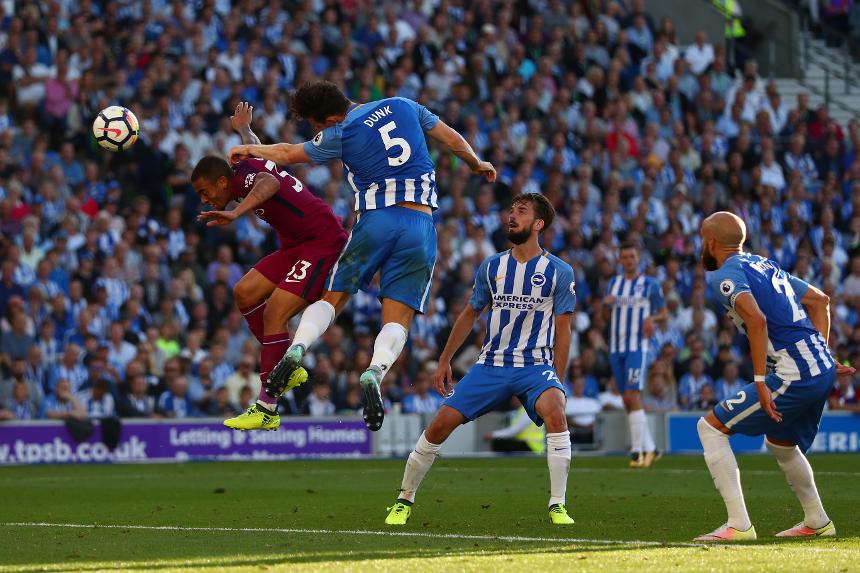 The Brighton captain had helped his defence keep City at bay for 70 minutes, before Sergio Aguero broke the deadlock and then Dunk headed into his own net.

It meant Dunk became only the seventh player to score an own goal on his Premier League debut.

He was only the second to do so on opening day, since Richard Johnson for Watford in a 3-2 home defeat by Wimbledon in 1999/00.

Dunk will be hoping for more luck when Brighton travel to Leicester City on Saturday.

Own goals on PL debut