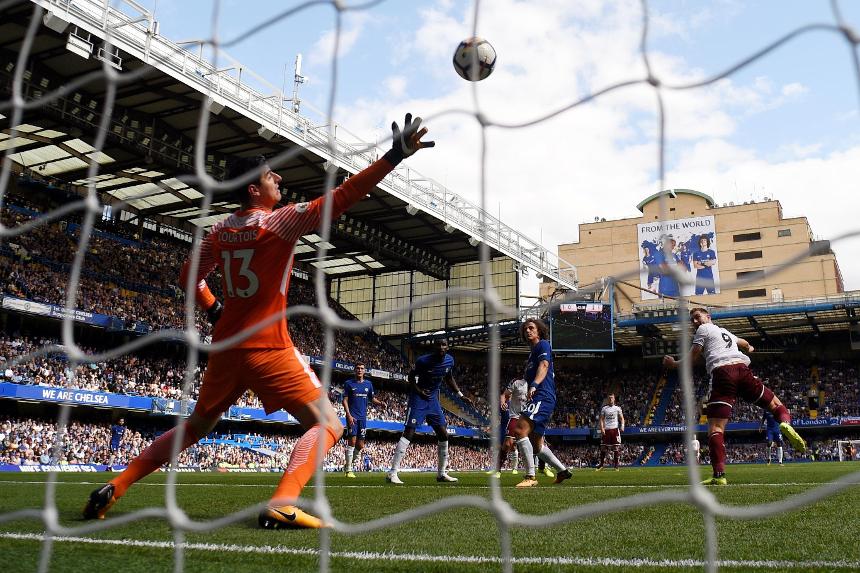 ﻿Chelsea’s defence of their Premier League title got off to a poor start as they lost 3-2 to Burnley and they had two players sent off.

After captain Gary Cahill received a straight red card for a reckless tackle on Steven Defour, Sam Vokes put Burnley ahead in the 24th minute, volleying in Matthew Lowton’s cross.

Stephen Ward doubled the lead a quarter of an hour later with a fierce shot after a one-two with Jack Cork.

Burnley made it 3-0 before half-time when Vokes headed in Defour’s free-kick.

Alvaro Morata, on as a second-half substitute, nodded in Willian’s cross in the 69th minute.

Chelsea’s hopes of a fightback were hit when Cesc Fabregas received a second yellow card, although David Luiz produced a consolation strike from Morata’s flick.