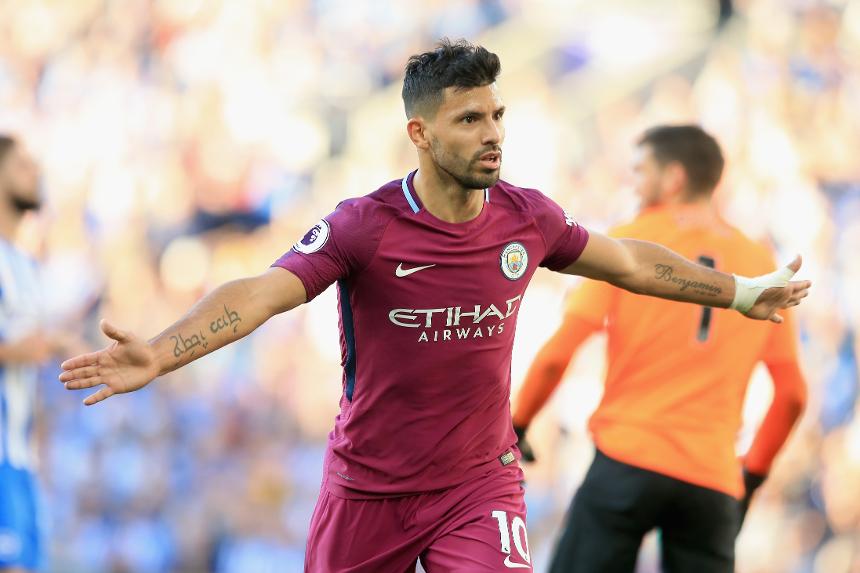 Sergio Aguero ended dogged resistance from Brighton & Hove Albion as Manchester City started with a 2-0 victory at the Amex Stadium.

When Jesus did score, his effort was disallowed for a handball.

Aguero had a chance on 51 minutes but shot wide after Shane Duffy’s underhit backpass.

Brighton twice came close through Duffy and Davy Propper, but Aguero made the difference.

Dunk headed Fernandinho’s cross into his own goal under pressure from Jesus to seal the points.